Pipers to lead pupils back to school at new Wick Campus 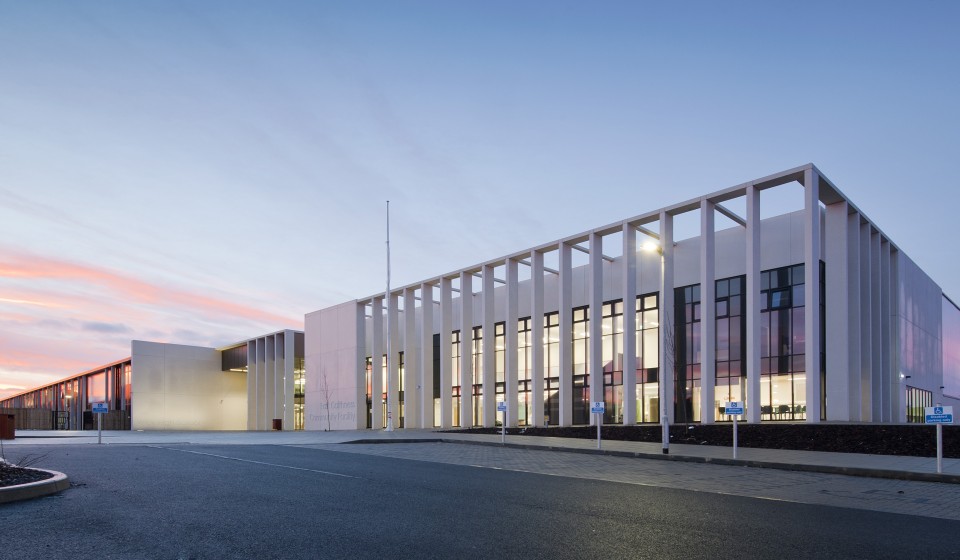 Around 400 pupils and teachers attending Newton Park Primary school and Nursery at Wick Campus in Wick will walk to their new school on Wednesday 26 April setting off at 9am from the Old Pulteneytown Academy building.

The procession of pupils in their new school uniforms will be led by Highland Bagpipers Alistair Miller and Chester Henry, a P7 pupil, along the new pedestrian access path and ramp down to the new building. Parents and carers have been invited to watch the procession as the children go into the playground and then into their new school.

“Looking forward, we have also planned an afternoon for parents, grandparents and carers to visit Newton Park Primary on Tuesday 2nd May when the children will be hosts and show their parents around the building.”

It is not just the primary aged children who are eagerly looking forward to their new premises. Fiona Grant, Head Teacher of Wick High School added: “For well over a century Wick High School served the local community of East Caithness in its premises on West Banks Avenue. Now, our staff and pupils look forward with great excitement and enthusiasm to the next chapter of our school’s rich history as we move to our state-of-the-art building. The move marks the culmination of months of preparatory work in making the transition from old to new, most recently involving each pupil having a guided tour of the school and community facilities. Pupils have been fully briefed on what to expect on their first day in the new school and our website will hold the most up-to-date information for parents and carers. Once we have settled in to our new surroundings we will hold an official open day and a series of commemorative events to mark this historic moment.”

Michael Padzinski, Chief Executive of hub North Scotland, said: “We are delighted that the students and teaching staff have an excellent environment to learn and develop in. We have worked closely with The Highland Council, Morrison Construction and key stakeholders to create a world class, modern learning Campus that will be at the heart of the community for years to come.”

The following link takes you to a video which previews the superb new facilities at Wick Campus. An open day is being planned for members of the community to view the building.