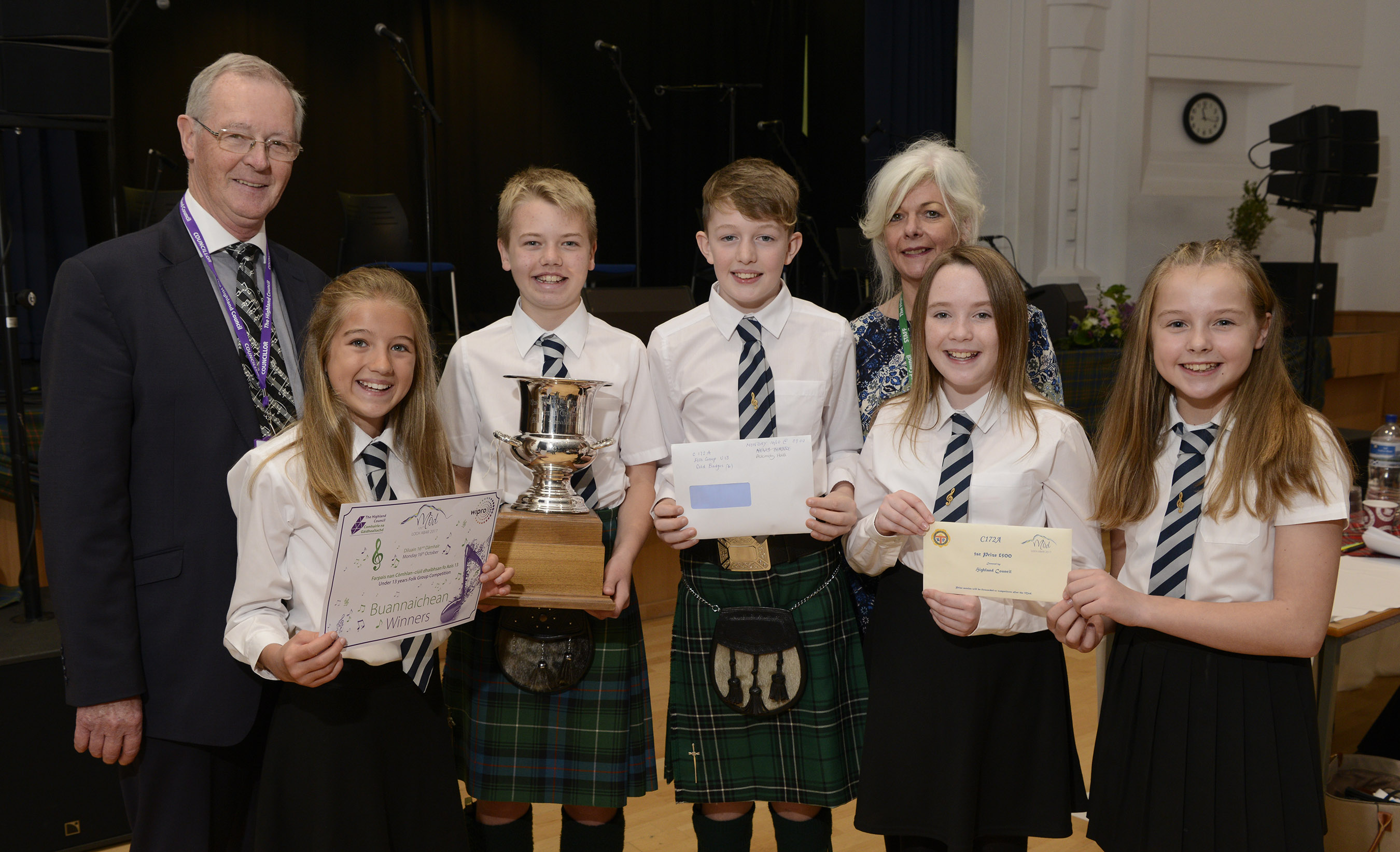 At the start of today’s Ross and Cromarty Committee (Tuesday 31 October), the resounding success of individuals and groups from the area who took part in the 2017 Royal National Mòd were celebrated.

Over the festival, organised by An Comunn Gàidhealach and supported by The Highland Council, a record breaking number of participants took part – many from Ross-shire.

At the start of Scotland’s biggest Gaelic Cultural Festival which celebrates Gaelic music, arts and sport, Dèarrsadh - a group of young people from Dingwall Primary and Dingwall Academy won the Highland Council’s Folk Groups Under 13 competition winning a cheque of £500 from the sponsors, WIPRO. In addition to this success there were further junior competition winners from Ross and Cromarty:

Committee Chair, Cllr Fiona Robertson said: “I would like to congratulate all the winners and everyone who took part, especially the young performers. It’s great to see the encouragement given to both primary and secondary aged pupils to take part. It takes a lot of guts to stand up to perform in front of a judging panel so I admire their confidence and  I’m sure they will all progress and become successful ambassadors for Gaelic in the future.”

The medals and trophies did not just go to the young folk. Ross-shire Adult competition winner Steven MacÌomhair picked up the Solo Singing Men Fluent prize and Dingwall Gaelic Choir were delighted to be presented with the Lovat & Tullibardine Trophy for the second year in a row. They also won a host of other awards on the final day of competitions in Fort William including:

• Donald Thomson Memorial Quaich, for the tutor of the choir gaining highest marks in Gaelic.

• The Weekly Scotsman Quaich, and the Donald J MacAskill Memorial Trophy for the highest marks in Gaelic.

• The Oban Times Silver Salver for highest marks in Music.

The Council’s Ross and Cromarty Civic Leader, Cllr Margaret Paterson was in Fort William to see the choir lift the top choral trophy. She said: “The Royal National Mod is the biggest and most important festival of the Gaelic language in the world so a big “well done” to all the competitors from Ross-shire who really excelled themselves against some very stiff competition. They are a credit to themselves, their families and their communities. We are all extremely proud of their success which is why I’m delighted that we will be officially recognising their achievements  by hosting a Civic Reception.”

Councillor Alister Mackinnon, Chair of the Council’s Gaelic Strategic Implementation Group took part in the torch lit procession in Fort William to mark the start of the 2017 Mòd and gave a speach on behalf of the Council as part of the opening ceremony.

He said: “The 2017 Mòd has been hailed by everyone as a great triumph – not just in terms of the impressive Highland medal haul, especially from Ross-shire performers, but with entries up from young people it shows that Gaelic is a thriving, living, modern language.

“On behalf of Highland Council I wish to take this opportunity to congratulate all the competitors, the Local Organising Committee, An Comunn Gàidhealach and all the volunteers for their hard work to ensure that Mòd Lochaber will be remembered for many years to come and we look forward to the festival coming back to the Highlands.”

The Council has a concordat with An Comunn Gàidhealach in relation to the delivery of Royal National Mòds in the Highlands, and will be preparing for the next Highland Mod which will take place in Inverness in 2020.