Merkinch locals have had their say 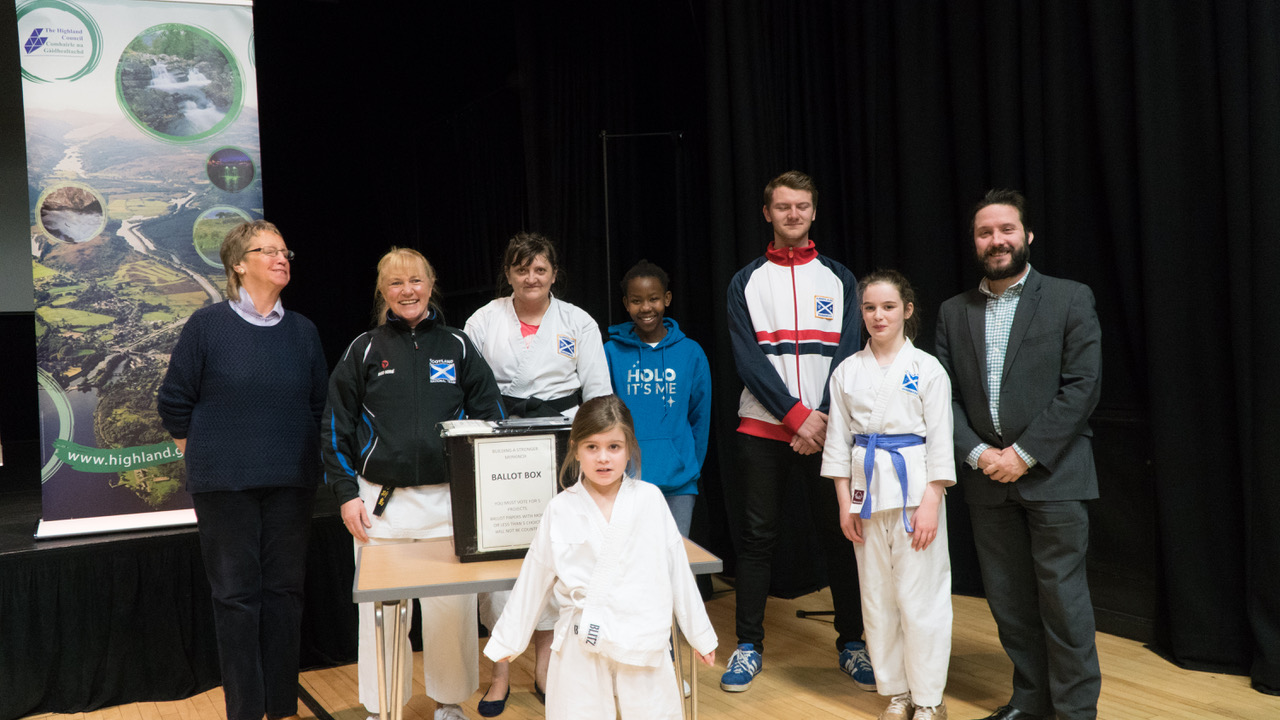 More photos of the successful groups

Local people had the chance to cast their votes on Saturday (24 March 2018) at the Building a Stronger Merkinch participatory budgeting event held in the Merkinch Community Centre, and as a result a wide range of community projects are now set to benefit.

Around 70 people took part in deciding which projects should be supported from the £20,000 funding pot made up of a portion of the Ward Discretionary Budget and Scottish Government funding.

Participatory budgeting is a process of allocating funding by empowering local people to decide how funding should be spent.  All applicants gave a 2 minute pitch to make their case for funding and then attendees were asked to vote for the 5 projects that they thought would make the Merkinch Community Council area a better place.

A total of 7 out of the 13 projects put forward by community groups have been fully funded to put their projects into action and a further group were partially funded.  The remaining 5 groups each received £500 – a share of the maximum original bid of £2,500.

The successful bids were awarded as follows:

In addition, the South Kessock Residents Association’s bid was partially funded and received £1,373.

The groups receiving £500 towards their running costs are: