To allow essential maintenance, our online forms and payments will be unavailable on Monday 28 November between 3:30am and 8am. We apologise for any inconvenience. 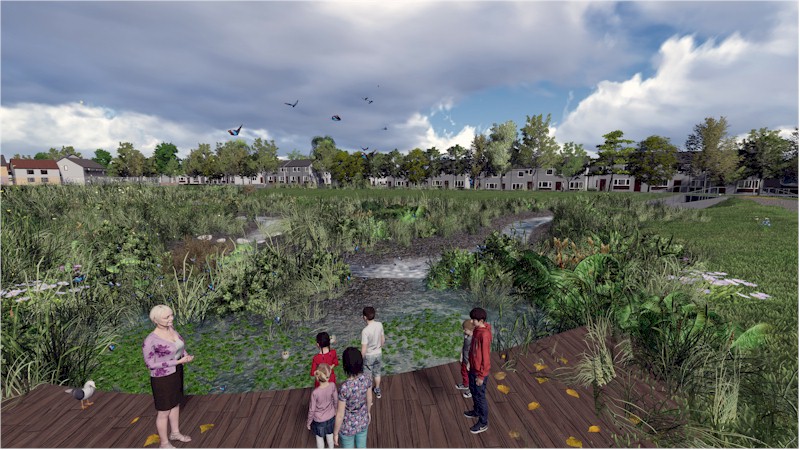 The Highland Council is pleased to announce that the Smithton and Culloden Flood Protection Scheme has been awarded to Inverness based Morrison Construction with a tender assessment value of £6.2M. This contract represents the final phase of works to alleviate flood risk to the communities of Smithton and Culloden following significant events in 2002, July and August 2011, and October 2014. The Scottish Government is funding 80% of the project costs with The Highland Council providing the remainder.

The flood scheme will protect 129 properties that would otherwise be at risk of a flooding during a “once-in-200-years” event.

Works are due to commence on site within the next four to six weeks with the majority of works due to be complete by the summer of 2019.  There will be a noticeable increase in traffic due to the construction vehicles and there will be necessary traffic lights and pedestrian diversions at various locations throughout the works.  The Council and Morrison Construction will work closely to ensure that disruptions are kept to a minimum.

Morrison Construction will be undertaking various community initiatives during the contract, including providing updates at community groups, attending schools to engage with children in relation to construction, providing work placement opportunities and apprenticeship opportunities for senior high school pupils and university students.

Information on the progress of the construction works, along with other relevant scheme information can be found on the council’s web site at https://www.highland.gov.uk/info/1226/emergencies/80/flood_alleviation_schemes/2