Iomain Cholmcille is delighted to announce funding of £8000 from Bòrd na Gàidhlig in order to help develop the use of Gaelic in youth shinty.

The Cupa, which is open to all Gaelic-medium schools and unit in Scotland, will be held at the Bught Park in Inverness on Friday 28 September.

Iomain Cholmcille co-ordinator in Scotland, Eòghan Stewart said “We ran Cupa Iomain na h-Òige as a pilot two years ago and it was so successful that we decided to expand what we were doing with the youth. Therefore this funding will be put to effective use for creating and developing playing and training opportunities in Gaelic. We aim to run a range of activities with Gaelic-speaking coaches and referees for children at all ages.”

Iomain na h-Òige will also be working with Comann na Gàidhlig to run a youth shinty group in Gaelic in Harris, amongst other projects.

The project was launched at Bun-sgoil Ghàidhlig Phort Rìgh on Tuesday 28 August where Scotland’s newest Gaelic school was presented with new Gaelic strips for the school shinty team. Eòghan explained the thinking behind this generous gift. 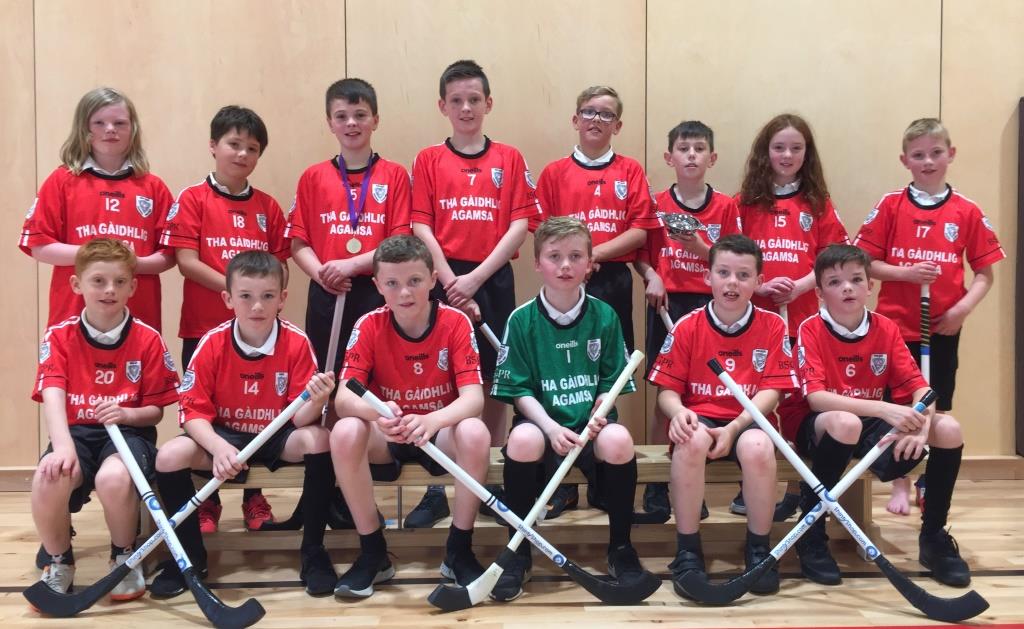 “The money for the strips came from reserves that Iomain Cholmcille had built up over ten successful years promoting Gaelic in shinty.”

“Ever since the late D.R. Macdonald was involved in Gaelic education in Skye, the connection between the health of Gaelic and the health of shinty in the Island has been a strong one and we hope that this example can be one for the whole of the Gaelic world in the years to come.

“We look forward to working with clubs and schools throughout Scotland in the year ahead to promote the use of Gaelic.”

Bun-Sgoil Ghàidhlig Phort Rìgh Headteacher, Flora Guidi said “We are very thankful for the new strips from Iomain Cholmcille. The children are excited about wearing them at Cupa Iomain na h-Òige and in other competitions in the future.”