Members of the public are invited to an open afternoon to view The Highland Council’s offices in the new Charles Kennedy Building at Achintore Road in Fort William on Wednesday 19 September from 1pm – 4pm.

Earlier in the day, the building will be formally opened by Highland Council’s Lochaber Area Chairman, Cllr Andrew Baxter with members of Charles Kennedy’s family in attendance and partner organisations who occupy the property. The building was renamed in tribute to the late Charles Kennedy MP who attended Lochaber High School and represented the Highlands from 1983 until 2015. 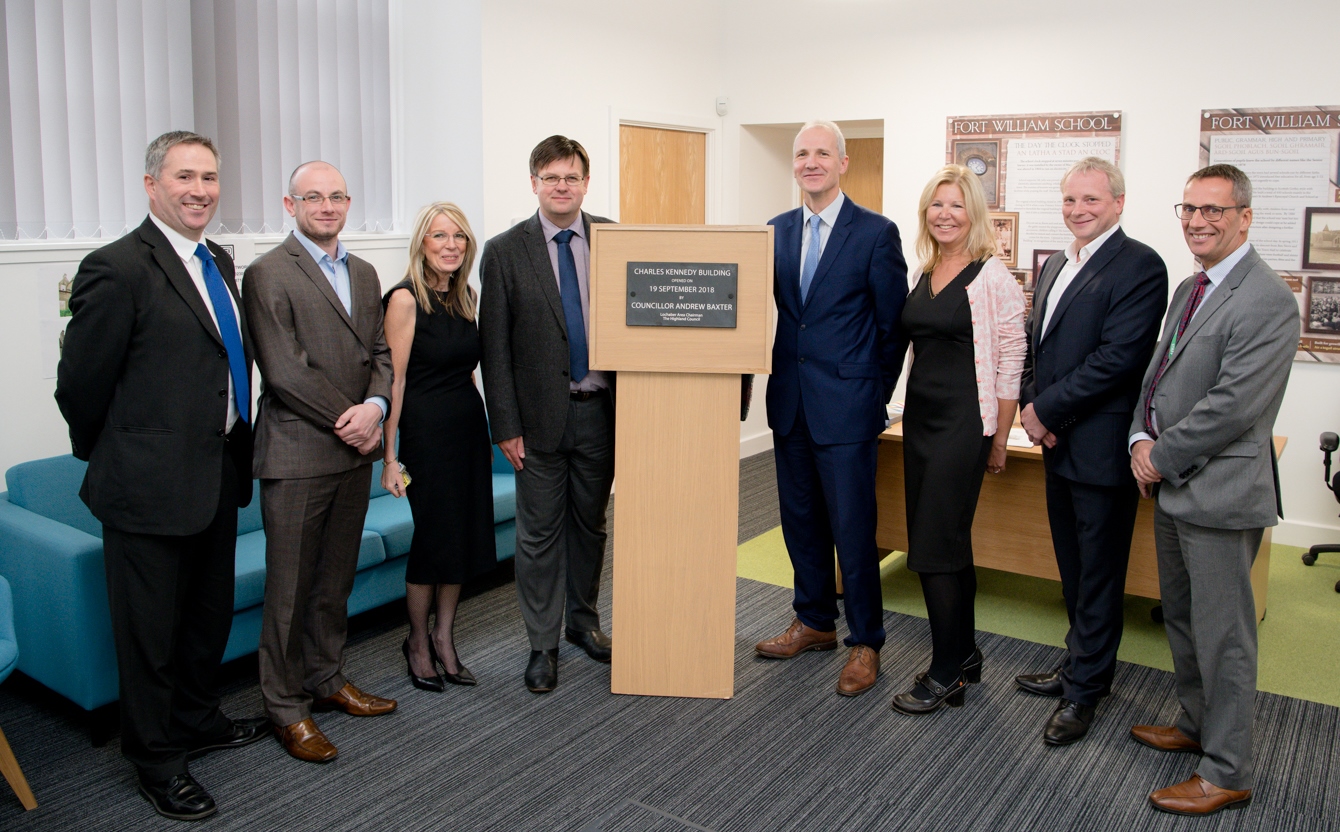 Cllr Baxter said: “It will be an honour and a privilege to formally declare both the Charles Kennedy Building and Alexander Ross House open. Together these redeveloped buildings now deliver a fantastic new site providing modern and accessible facilities serving the local Fort William and wider Lochaber community.”

The day’s events will mark the completion of Highland Council’s two year renovation and construction programme by the construction company Robertson.

“Working closely with The Highland Council on the construction of their new office has been a positive and collaborative effort that has resulted in a high quality refurbishment.”

The project saw a former secondary school - which had lain empty for twenty five years - take on a new role serving the community and delivering public services for the Lochaber Area. For the renovation of the large B-listed building, the Council received a grant of £240,178 from Historic Environment Scotland. The B-listed section of the building now accommodates Highland Council offices, Service Point, Registration Service, Council Chambers and meeting rooms.

In the adjoining modern extension the Department of Work and Pensions and Job Centre Plus are located on the ground floor with further Council offices on the upper floor.

“Working alongside our local authority colleagues, this one stop shop allows claimants to access a wide range of services, while providing value for money for taxpayers. Jobcentre Plus co-located all our staff and services within the Charles Kennedy Building from December last year and I’m delighted to be working in partnership with Highland Council to deliver an enhanced and improved customer service in these modern premises.”

“The new Lochaber Archive Centre in Alexander Ross House holds a diverse display of archives and visitors will have a chance to view a display and go on a behind-the-scenes view of the strong room where collections are housed.  There will also be an opportunity to meet the newly-appointed staff who will be on hand to discuss engagement and collection possibilities and planning.

She added: “While regular users of the Archive will receive an invite to the open afternoon on Wednesday 19 September between 1:30pm and 3:30pm – all are welcome to come along. Lochaber Archive Centre will then reopen to the public from 20 September, and will be open to the public on Tuesdays, Thursdays and Fridays going forward.”

“This is a great new facility that benefits, not just the organisations based here, but the members of the public looking to access the services we provide. There are also wider benefits of having these impressive listed buildings brought back into productive use, and enhancing the appearance of the entrance to the town.”

“We’re delighted to be based in a great location, with such a great sea view, where we can easily access our community clients and they can access us. We’re also working next door to partner organisations such as Highlands and Islands Enterprise and Highland Council in a newly refurbished office space.

He added: “I’m now back in the building which used to be my old primary school!”