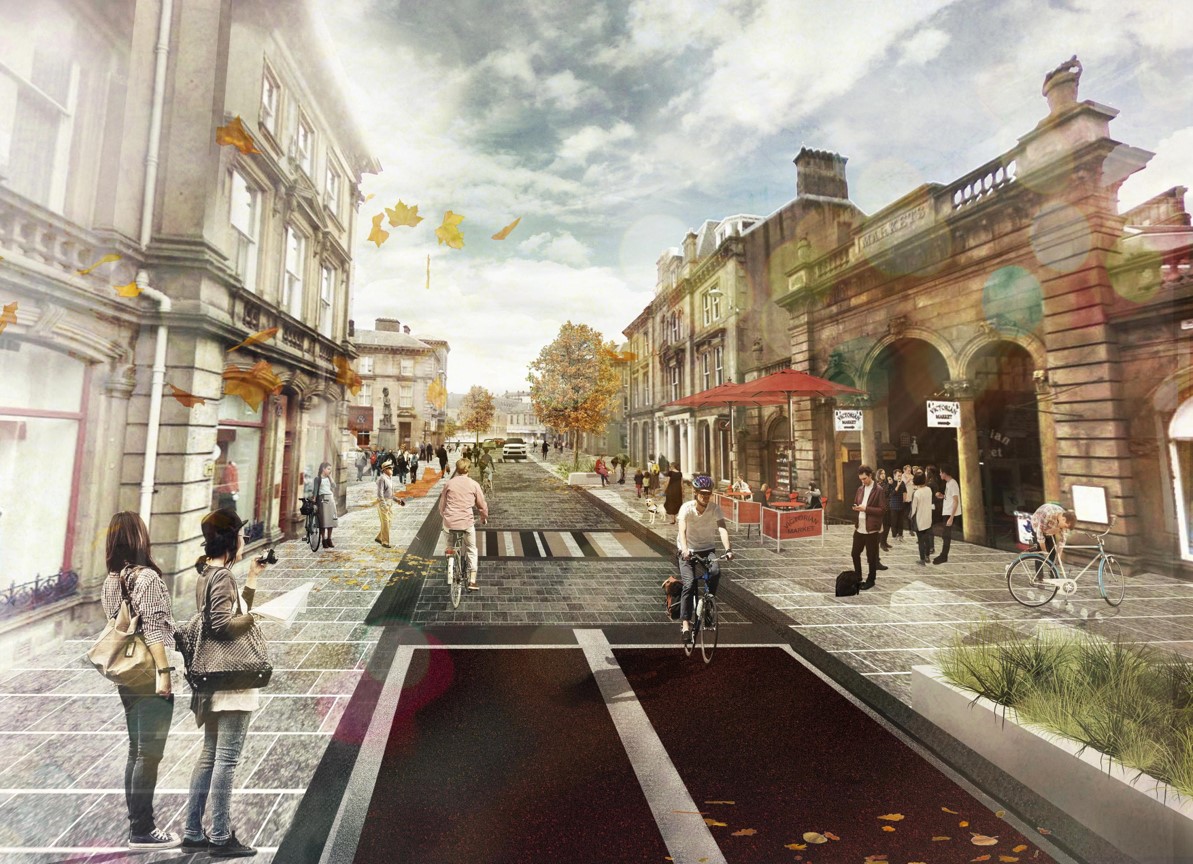 The public are being asked to have their say on plans which have been drawn up to shape the future of Academy Street, Inverness, and complement a planned major upgrade of the railway station and revamp of the Victorian Market.

HITRANS, the regional transport partnership for the Highlands and Islands, is  launching a period of consultation over its Accessing Inverness proposals, which aim to make it easier and safer for pedestrians and cyclists to access the Railway Station from Academy Street, Falcon Square, and Inverness Bus Station at Farraline Park/Rose Street and to enhance the surrounding streetscape.

Options include widening pavements, reducing traffic speeds and introducing streetscape features to enhance the look and feel of the city centre.

The public will get their first look at the options drawn up by consultants – Civic Engineers - at a public engagement event within the Victorian Market tomorrow (Friday) between 10 am and 4 pm.  During the consultation period which will extend to 19 January next year, the plans will be available for viewing in either Eastgate or the Victoria Market at times to be confirmed.

The online consultation is due to begin on Thursday 6 December when interested parties can make their views known via The Highland Council web site – https://highland-consult.objective.co.uk/portal/

Following review of the consultation process, the aim is to then progress a detailed design.

HITRANS is working with The Highland Council, Sustrans Scotland and a number of city centre stakeholders on the Accessing Inverness Project following a successful application for funding to Sustrans Community Links Programme.

Provost Helen Carmichael, Chair of the City of Inverness Area Committee of The Highland Council, said: “This is hugely important project in our ambitious plans to regenerate the city centre.  What a boost the city will get through the upgrade of the railway station and greatly improved links from Falcon Square, Academy Street and Farraline Park.  I would urge the public to play their part by giving us their thoughts on the options we have presented.”

Earlier this year, Provost Carmichael was part of a delegation from Inverness that visited Altrincham, near Manchester, to see how that community had tackled similar challenges of improving the safety and accessibility in a busy town centre with a transport exchange.

Peter Strachan, Inverness Business Improvement District Chairman, (and Chairman of Serco Caledonian Sleeper) said: “Improved links around the Railway Station, which is a key transport hub in the heart of the city, will be hugely welcomed by local businesses. Reducing traffic speeds, increasing the width of footpaths and enhancing the streetscape by reducing the amount of redundant carriageway will all make the city centre more attractive for local residents and visitors alike.”

The Victorian Market is located at the heart of the proposed improvements and Manager, Jo Murray, sees great opportunities for increasing footfall and spending in the historic shopping/retail complex. She said: “This is a project that has great potential to benefit traders and shoppers through creating a more welcoming streetscape environment, with improved links to our railway station, bus station, shops and businesses.”

Dave Keane, Community Links Manager for Sustrans Scotland said: “We’re delighted to be working with HITRANS, The Highland Council and other local stakeholders to make the area around Inverness Station and Bus Station more attractive and accessible for people walking and cycling. We’d encourage as many people as possible to get involved in this consultation process and use it as an opportunity to shape the future of Academy Street. This project will also complement the wider improvements being made in Inverness through the Inverness City Active Travel Network project.”