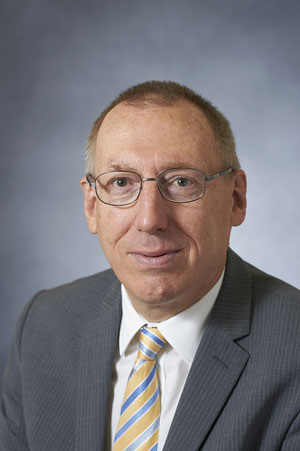 The Highland Council’s Depute Chief Executive and Director of Corporate Resources has announced his intention to retire this summer in June 2019.

Mr Yule came to the Highlands in 2011 from Aberdeenshire Council where he was Head of Finance for 11 years.

He was appointed to the role of Depute Chief Executive in November 2017 which he undertook alongside the role of Director of Corporate Resources. Prior to this appointment he was Director of Finance with Highland Council from 2011.

Leader of the Highland Council, Margaret Davidson said: “Derek has seen us through some of the most challenging budgetary years The Highland Council has seen and continues to face. Throughout his time with Highland, Derek has always provided sterling advice in a calm and reflective manner and this is greatly appreciated by Members. I wish Derek a long and well-deserved retirement, when it comes, and all the best for the future.”

Chief Executive Donna Manson said: “Although I have only known Derek since my appointment last year, I have highly valued Derek’s support and wisdom while I worked with Members and Officers to set an extremely difficult budget for Highland Council this month. I personally want to thank Derek for the support he has given me over the past few months and I wish him a long and happy retirement with his family.”

Derek Yule said: “I have thoroughly enjoyed working in the Highlands and know that the Council is in a strong and viable position to address the many future challenges. I am grateful for the support of Members and colleagues over the years, and in particular my own senior team.”