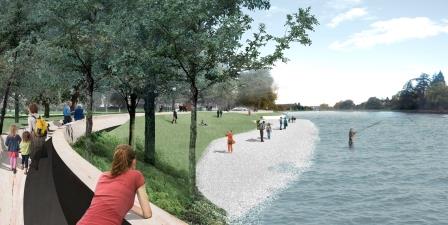 A planning application for the new artwork, entitled ‘My Ness’ to be situated at the Little Isle Pool, Fisherman’s Car Park, has been approved, paving the way for the installation of the project to commence later in the spring.

The new concept for the “Gathering Place”, which is the centre piece of the River Ness Art Project, was launched in May 2018 to a wide group of stakeholders and received very positive feedback.

Artists Sans Façon and OSA have created a design in the form of a partial, circular amphitheatre with  elements on both banks to ‘frame’ the river, incorporating an elegant walkway, seating area  and viewing point projecting over the water between the existing trees. The feature will provide a focal point for people to gather, linger and enjoy an area of great natural beauty in the centre of the city.

The design has been developed through extensive consultation with those who know, use and love the river, in line with the original artist brief.

In the autumn of 2017, the artists set up a large screen in Inverness Railway Station to show a specially commissioned film of the river and invited people to come and share their stories, views and reminiscences. From this it became clear that the natural beauty of the river and the anglers who animate it -  an unusual feature in a city centre - had to take centre stage and that the purpose of the artwork would be to complement and ‘frame’ it. The artists have been working closely with the anglers, whose close relationship with the river helped them to understand its changing character and to create a design that would encourage others to connect more closely with it.

Tristan Surtees of Sans Façon said: “The work aims to complement the river and people’s relationship to it, to frame and invite others to appreciate it.

“A thin ribbon of stone frames the Ness, starting as an access, becoming a path to run along for a child, a bench for reading a book, a viewing point up and down the river, a back-rest for looking across it. In its upstream portion it weaves through the trees and bushes to offer a unique view up the river or back to the Castle and Cathedral.”

The £240,000 new feature is the culmination of the of the River Ness Flood Alleviation Scheme Public Art project, which has been in development since 2014. It is funded by Creative Scotland (40%), (Inverness Common Good Fund 37%), the Highland Council (14%) and HIE (9%).

The planning application was advertised in December 2018

More information about the project can be found on the webpage: https://www.highland.gov.uk/rivernessart 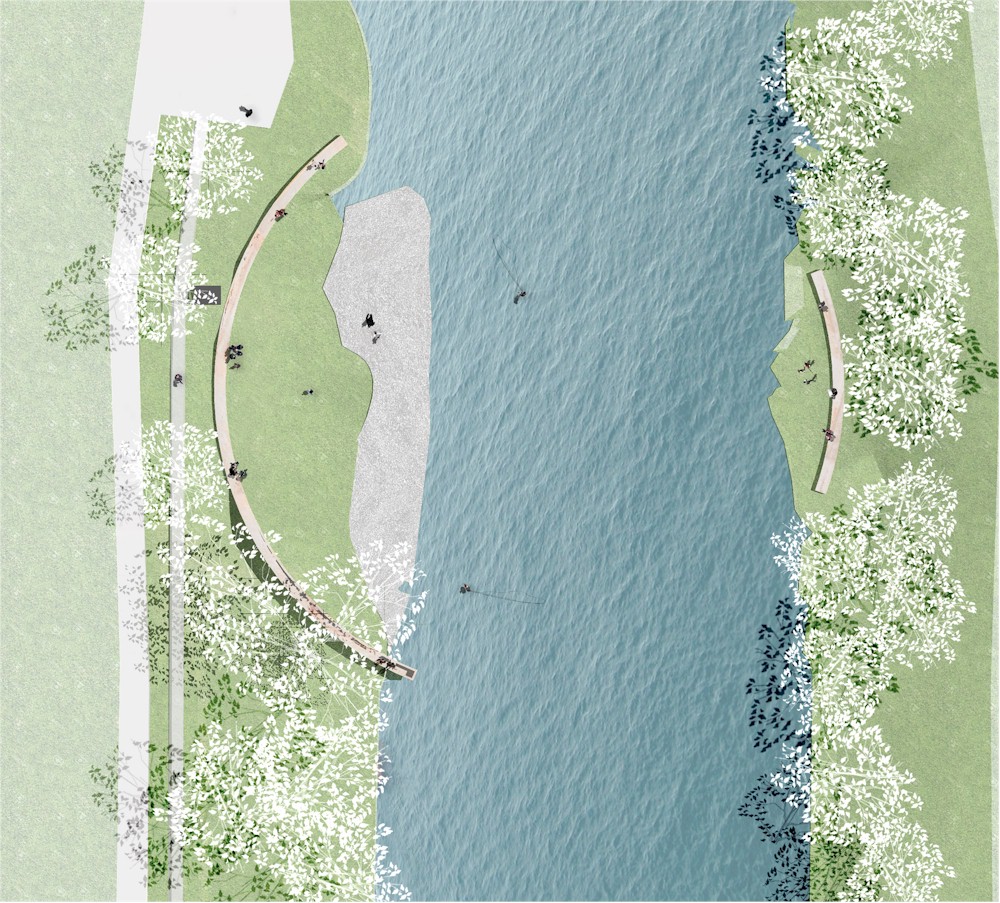