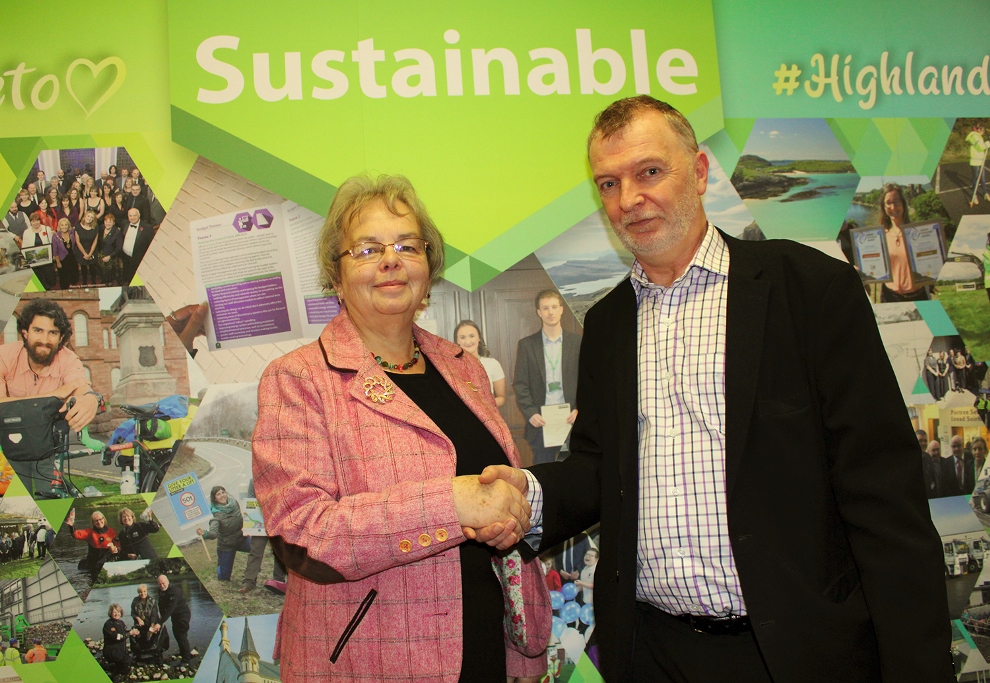 Highland Councillor Trish Robertson has been selected as the Junior Vice President of KIMO International which works to protect, preserve and enhance the marine environment.

Cllr Alasdair Christie, Highland Council Depute Leader congratulated Cllr Robertson on her selection he said: “Cllr Robertson’s selection to KIMO is good news for the Highlands as it complements the Council’s climate change commitments and now we have a voice in Europe at the heart of where issues are being discussed that can impact on the seas and coastal waters surrounding our area.”

Cllr Robertson said: “As a region, Highland Council has the largest coastal mass in Scotland and it is a great honour to represent the Council on KIMO. I will be making sure that the issues and concerns that we have for our coastal environments and species that live within them are heard loud and clear.”

KIMO is committed to the development of sustainable coastal communities by:

For further information on KIMO visit their website at: http://www.kimointernational.org/