Issued on behalf of the Returning Officer 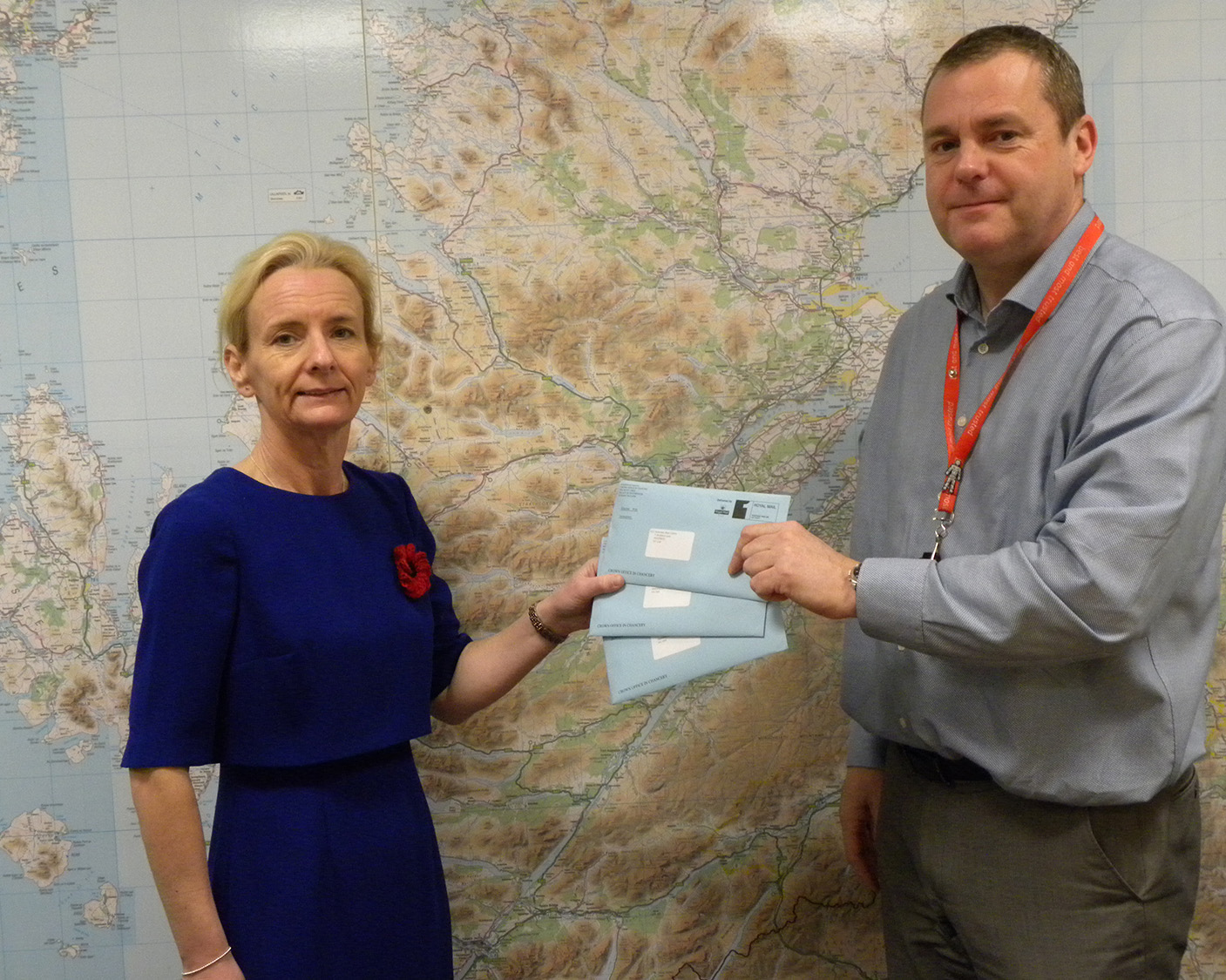 The official process to elect Members of Parliament to represent the three UK Highland constituencies has begun.

The writs, which were delivered to council headquarters in Inverness by  Allen Skinner on behalf of the Post Master, come from the Crown Office in the Palace of Westminster and state that as parliament has now dissolved, the Returning Officer should conduct elections to appoint a member of parliament to represent the constituencies of;

The notice of election will be published on the Council’s website tomorrow at 9.00am. www.highland.gov.uk

Voting will take place on Thursday 12 December at Highland polling stations which will be open from 7am until 10pm.

This article was published
7 Nov 2019