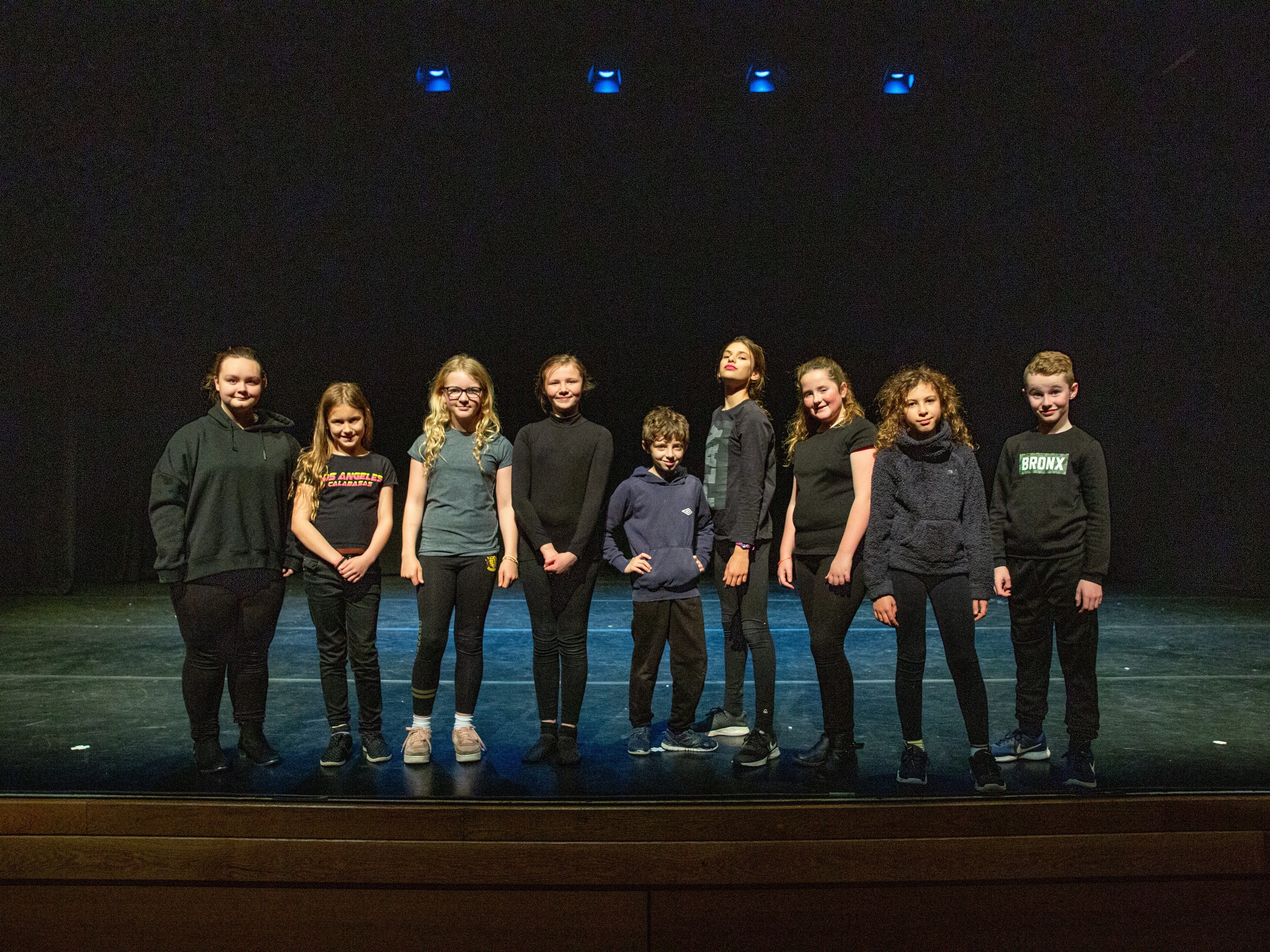 After weeks of after-school rehearsals, nine young ambassadors from the Mallaig area delivered a stunning interpretation of MacBeth in a packed One Touch Theatre at Eden Court, Inverness on Thursday 7 November.

The presentation was part of the Shakespeare Schools Festival, the world's largest youth-drama initiative. Mallaig High School has taken part in the event for several years, but for 2019 it was decided that the opportunity to participate should be extended to the local primary schools.

The performance received massive praise from both the organisers and representatives from St Sylvester's, Elgin and Drummond School, Inverness who were also taking part. In order to make the play accessible to the young board-treaders, the MacBeth script was devised with a weighting towards visual and stylistic elements in terms of interpretation, and this absolutely wowed the audience.

Dougie Beck, the production’s teacher-director, said: “The young actors’ resilience and independence created a feeling that the ultimate ownership of the play and the way it developed was in the hands of the children themselves. We are astronomically proud of our young thespians. They are a credit to themselves, their families, their schools and their communities, and we can’t wait to do it all again next year.

"Huge thanks to parents who acted as taxi drivers during rehearsals, to Innes Morrison who drove us to Inverness and back and to Mallaig 3-18 Cluster Headteacher Martin Sullivan for representing the schools on the night."