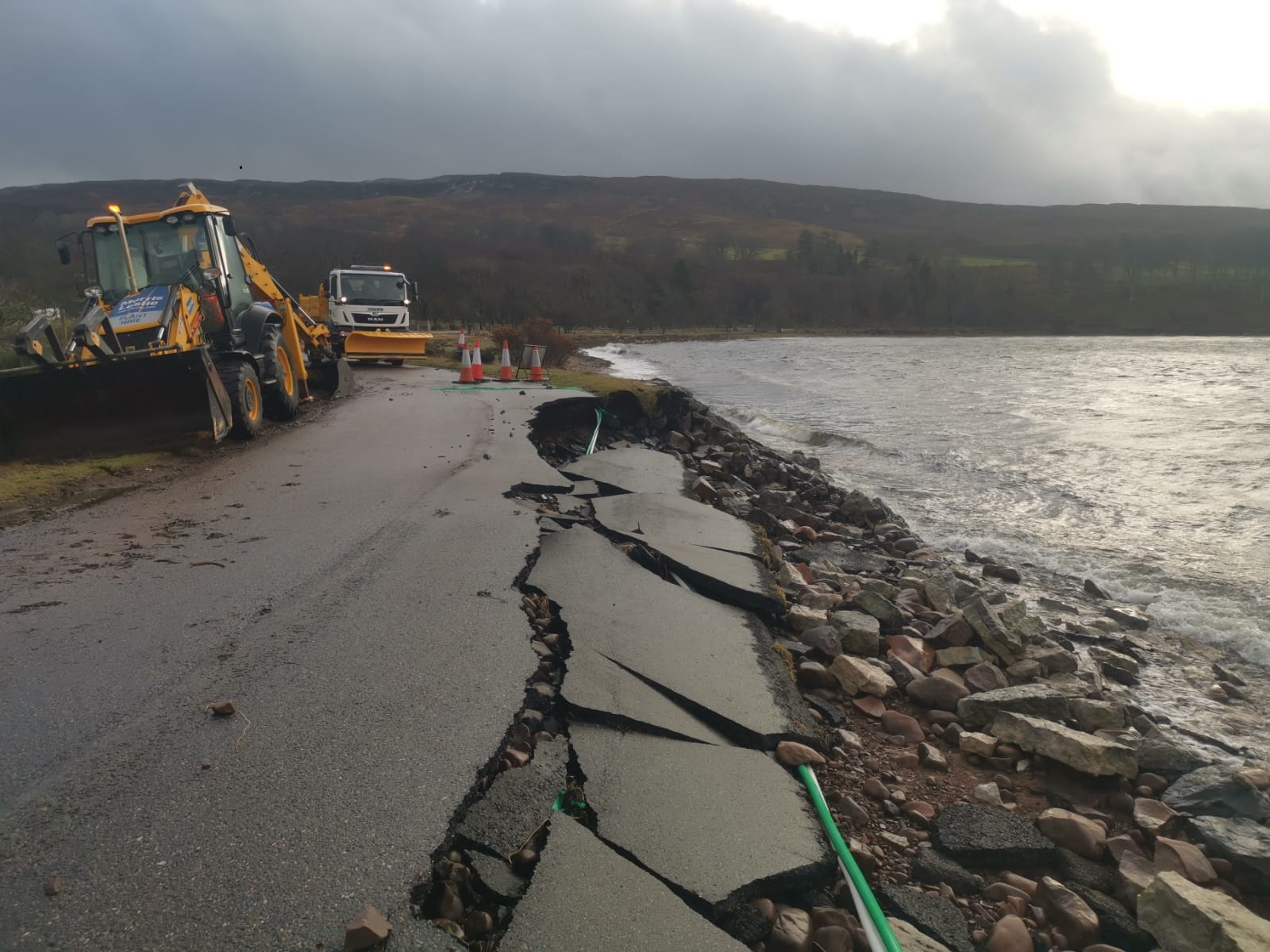 Storm Brendan has taken its toll on roads and infrastructure across the Highlands.

The Highland Council has the longest road network in the UK with 4,000 miles of local roads, 1,000 miles of footpaths and 1,400 bridges spanning a region covering one third of Scotland. The extensive road infrastructure presents significant maintenance challenges to the Council and severe weather events result in significant additional costs which put more pressure on the limited roads budget.

Budget Leader Councillor Alister Mackinnon said: “Local roads are vital to connecting our communities and keeping them sustainable. The condition of roads is a high priority for local residents and this is very clear in all our engagement with communities.

“We have the most extensive network of roads in the UK and added to this, we are faced with some of the most severe weather conditions here in the Highlands. Flooding and freeze-thaw conditions, which we have seen in recent days causes immense damage to road surfaces and this adds to the already immense maintenance costs of our infrastructure. Climate change will only increase the impact of weather damage creating an additional burden on our resources.

Depute Leader Alasdair Christie set out the need for further investment. He added: “Our entire roads network is vital to our rural communities and lifeline services. Every penny invested in maintaining this critical network also helps to support our tourism and business economy as well as improve connectivity for everyone in the Highlands.

“We allocated an extra £1.5M to roads as part of last year’s budget and we want to be in a position to invest more in such improvements. It would cost many millions to get the roads across our entire network into top condition. It is therefore vital that the Scottish Government recognises the real impact of climate change in the Highlands and the need for this investment when setting its budget next month.”