Hundreds of Highland children have taken part in ‘I Design Future’ initiative, a competition for primary and secondary school pupils to help design branding for an Electric Vehicle (EV) and charging infrastructure throughout the region.

P1s to S7s from over 30 schools have been working to come up with inspirational imagery to raise awareness of electric vehicles throughout the region and to help Highland move towards a low carbon transport future.

There were two separate competitions – the first, for primary school pupils, was to design a vehicle wrap for Zippy Zoe (Renault Zoe), one of the Council’s EVs with a 'passion for adventure', which will be seen throughout Highlands promoting the shift to low carbon travel.

The second part of the competition was for secondary school pupils, who were tasked with designing branding for Highland Council’s EV charging infrastructure.

In preparation for the competition Anna Myeshkova, The Highland Council’s Climate Change Coordinator (EV), and Zippy Zoe visited primary schools sparking off conversations about climate change and inspiring children to take an active role in exploring solutions to this global issue.

Through various projects and initiatives, The Highland Council and partner organisations are making good progress towards achieving national commitments for low emission transport, delivering social, economic and environmental benefits to communities across the region.

The Council’s ambition is to champion renewable energy generation and transition to a low carbon transport system. Across Highland, 31 Electric Vehicle charging points have been installed by the Council with support from Transport Scotland, with many more to be installed in the coming year.

Competition judges were so impressed with the talent and standard of entries received that they chose two primary school winners instead of one: Ben Macgillvray from North Kessock Primary and Aysha Reid from Crown Primary.

Ben created an inspirational quote ‘The Future Is In My Hands’ incorporated with the images of a globe and his hands. ‘I just want the world to be better’ said Ben whilst receiving his award and the prize, kindly provided by AES Solar Ltd.

Both images are already proudly displayed on Zippy Zoe and can be seen on the streets of Inverness and around rural Highlands.

The winner of the second part of the competition was decided unanimously - Samantha Flavell (S3) created a technically impressive design that captured the essence of Highlands.

Samantha’s work will feature on EV charging points and signage.  Samantha said: "I learned about the project from my teacher and I got very excited by this opportunity to create an image which would be used on charging points throughout Highlands. I feel honoured my work is now a part of Highland EV history."

The Chair of the Council’s Climate Change Working Group, Cllr Trish Robertson said: "Involving pupils, educating and enthusing them to take part in this EV initiative is potentially an important step in the fight against climate change in Highland.

"We were overwhelmed with talent among young people: some showed real skill with drawing, some have imagination that inspires; some young minds used the power of words and created beautiful motivational quotes. The future is in safe hands with youth like this."

Anna Myeshkova added: "We are so impressed with talent and world awareness of our young minds. We are also very proud of what children created for Zoe.

"With new charging points being installed in Inverness and rural Highlands there is no stopping Zoe’s adventures - watch out for her all over Highlands inspiring all to go electric!" 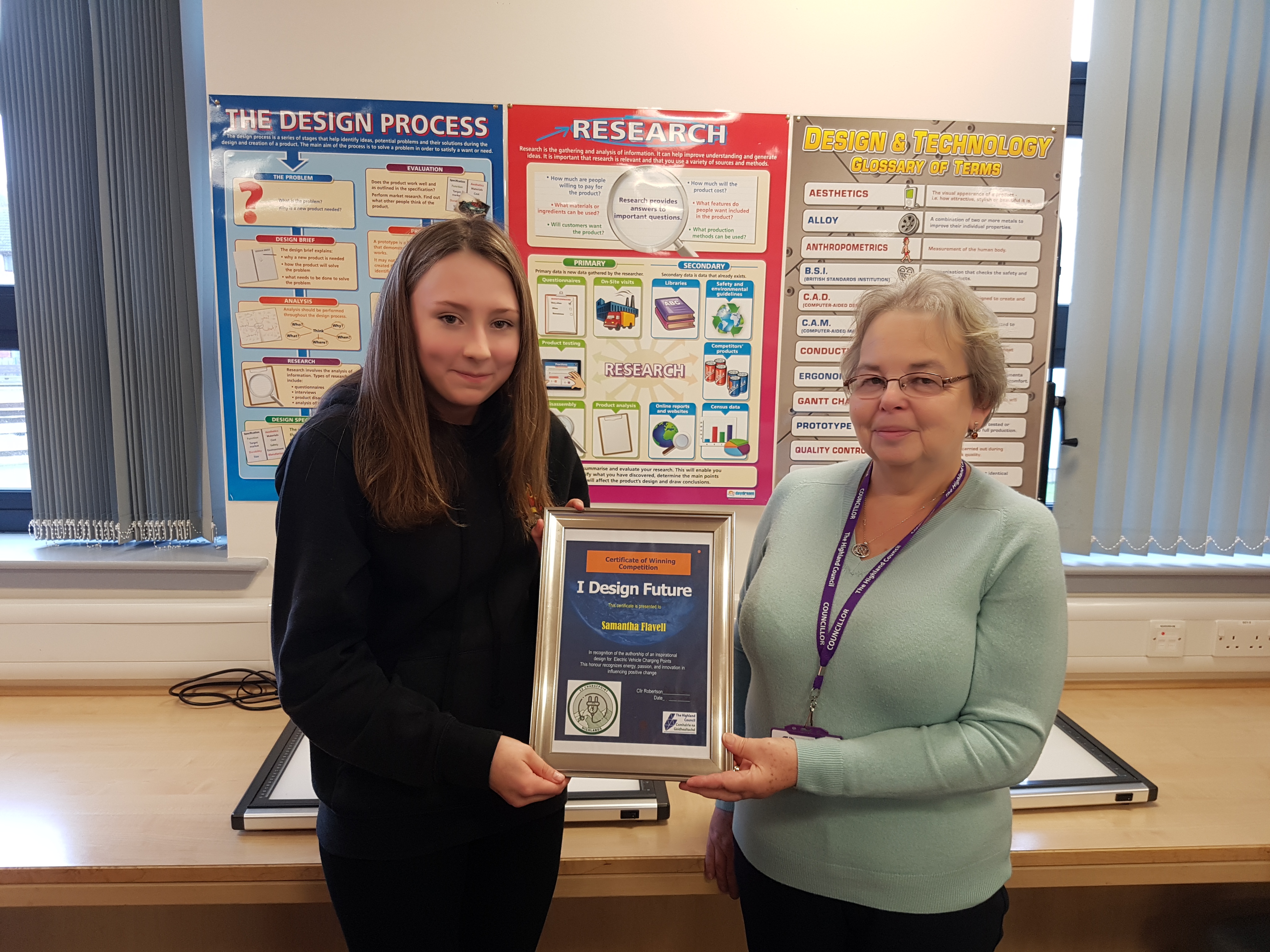