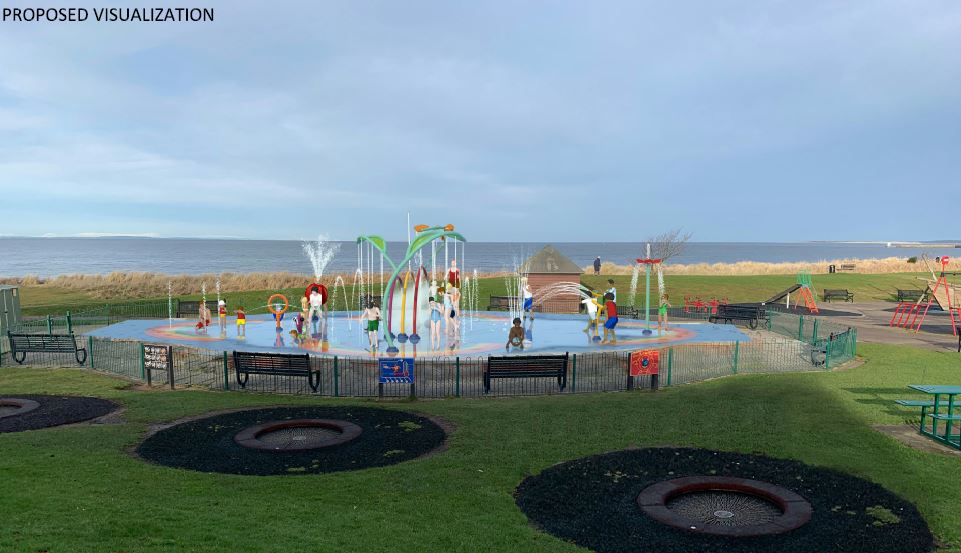 The family behind the #TeamHamish fundraising effort to bring a new children’s splash pad to Nairn has welcomed news that phase one of the work is to start on 15 June.

Nairn couple Sam and Susan Hey lost their son Hamish to a rare and aggressive soft tissue cancer on 20 February 2017.

The support Hamish’s family received from the Nairn community in the aftermath of his death was incredible and the family wanted to do something to thank everyone.

They also wanted to create a lasting legacy to their son, so they set up the charity, #TeamHamish, to raise funds for a new splashpad at Nairn beach.

The splash pad is a jointly funded project between #TeamHamish, NICE, Nairn Common Good and Highland Council and is the result of extensive engagement with the community in Nairn.

Today’s announcement is a bittersweet moment for all involved in the project following the tragic death of Hamish’s mum Susan in May, who co-founded the #TeamHamish charity. Susan sadly lost her own battle with cancer last month.

The new start date is in line with Scottish Government guidance on construction sites reopening and the contractor, Ustigate, will be following all appropriate health and safety guidance including physical distancing measures for the operation of the works.

Cllr Tom Heggie, Chair of the Nairn and Nairnshire committee said: “Whilst the Council, Team Hamish and NICE are pleased that work is about to begin, we all acknowledge that it is with great sadness that Susan Hey, who had looked forward to this so much and done so much to bring it about, is unable to be with us to see this happen.”

The first three weeks or so will see a small number of operatives (approx. three) setting up the site and demolishing the existing paddling pool. They will be installing protective barriers around the site to ensure a safe distance between the workers and the general public.

Works are expected to take around four months to complete.

Susan’s husband and co-founder of #TeamHamish, Sam said: “We are absolutely delighted that after over three years of fundraising, the first phase of our #TeamHamish proposals are finally coming to fruition.

"This represents positive progress for Nairn, it’s community and beyond and is a bright sparkle of rainbow light shining through the difficulties of recent months, as well as the creation of a lasting legacy for both Hamish and Susan.”