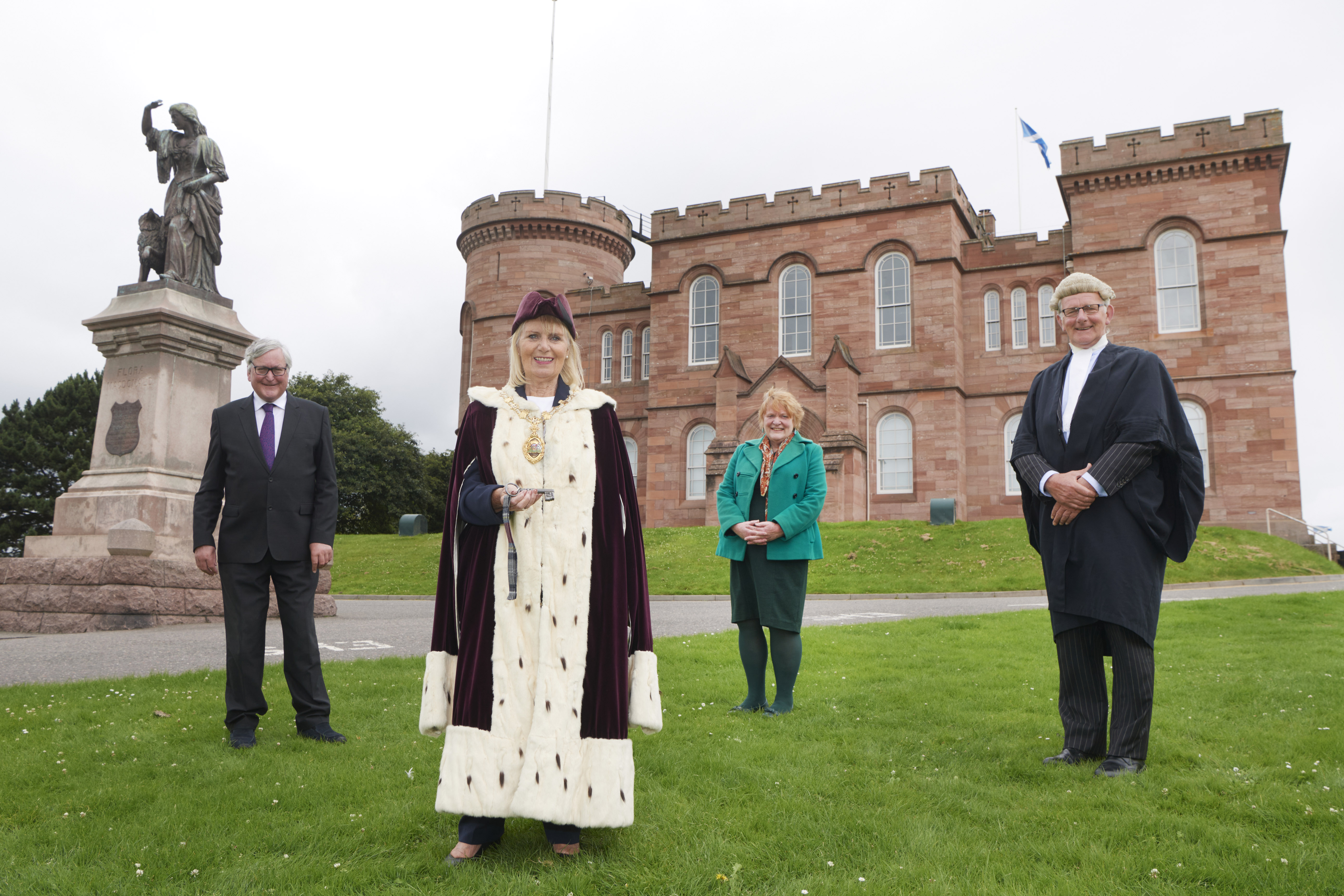 The Highland Council today announced the completion of the purchase of the South Tower of Inverness Castle, following the move of the Scottish Courts and Tribunals Service to the new Inverness Justice Centre in the city earlier this spring.

With the entire Castle now in the ownership of The Highland Council, the project to transform the building to become a visitor attraction is ready to progress to the next stage. The transformation of the Castle is supported by a £15 million Scottish Government investment through the city region deal. It will create a gateway for Highland tourism, contributing to reinvigoration of tourism across the area and providing much needed investment for the industry as the recovery from the effects of the Covid-19 pandemic begins. The project will support economic growth throughout the Highland area, creating a sustainable, viable and “must-see” attraction that will celebrate the spirit of the Highlands.

The next significant step for the project will be the award of a tender for a contractor to carry out initial demolition work, asbestos surveys, timber preservation surveys and structural checks, called an ‘enabling works contract’, with work beginning when lockdown guidelines allow. In advance of the enabling works, today will also see the start of the installation of hoardings around the castle as it becomes a building site. The hoardings are expected to remain in place for the duration of the building period of up to four years.

The project forms part of the Inverness and Highland City Region deal. The City Region deal is a joint initiative supported by up to £315m investment from the UK and Scottish governments, The Highland Council, HIE and University of the Highlands and Islands, aimed at stimulating sustainable regional economic growth.

“The Inverness Castle project is key for the regeneration of the tourism economy across the Highland region. I am delighted that the acquisition of the South Tower has now been completed, marking the next step in the transformation of this iconic building. With the impact of the pandemic being felt throughout our area, it is more important than ever that we create this ‘must-see’ attraction that will draw visitors to the Highlands in years to come.”

“The Scottish Government has been a long-time supporter of the development of Inverness Castle through the City Region Deal, engagement with key public bodies and through our direct involvement in the project. We know the Castle has the potential to be one of Scotland’s top tourist attractions, benefitting the wider Highlands as well as Inverness itself, and I welcome that work has now reached another key stage on this major development.”

“It’s fantastic that another milestone has been reached in the transformation of Inverness Castle. This exciting project will capitalise on the region’s wealth of natural and cultural heritage and attract visitors from far and wide. The UK Government is creating opportunities and unlocking growth across Inverness and the Highlands by investing £53 million into the City Region Deal. We are delivering more than £1.4 billion of investment into Growth Deals across Scotland, supporting the future of our economy.”

“Inverness Castle was specifically built as a Sheriff courthouse and county hall and has served justice and the people of Inverness well for over 180 years. I would like to pay tribute to everyone who has worked in this building, supporting its work and its history over the years. As that chapter closes, I am pleased that the Castle will continue to serve Inverness and its community in this new role.”