While Highland Council forges ahead with a range of public and private partnership capital projects that are re-shaping the infrastructure of Inverness city centre and creating new homes - demolition work on one project has unearthed artefacts believed to be from the Middle Ages.

Inverness Councillors have been provided with an update on the city’s capital projects and thanked Council staff for their ongoing work during the pandemic.

Highland Council Leader, Cllr Margaret Davidson said: “There is an astonishing level of multiple capital investments works underway in Inverness at present and we have Council Officers Allan Maguire, Head of Development & Regeneration and Malcolm MacLeod, Executive Chief Officer - Infrastructure and Environment and their staff to thank for the major boost that their efforts are achieving in enabling the recovery of Inverness city centre.”

Depute Provost and Leader of Inverness and Area, Cllr Graham Ross who Chairs the Council’s City and Area Recovery Group added: “Allan and Malcolm’s tireless endeavours are making a huge difference and we thank them for their work which is an amazing feat. Not only is it transforming the city centre, it is work to a high standard winning multiple national awards. I would also like to thank City Manager David Haas for his tireless support of the City and Area Recovery Group and his work with partners. The future looks very positive for Inverness city centre.”

Allan Maguire, Head of Development & Regeneration gave an update to the Council’s City and Area Recovery Group this week (9 December 2020). He highlighted that work at Wyvern House, Academy Street, Inverness to transform a former frozen food store site was nearing completion and that contractors were finishing external and snagging works with new tenants due to move in early January to the 37 x 1 & 2 bed apartments and 3 shop units.

He added that the UK and Scottish Government funded Inverness Castle project is moving on to enabling works next week including demolition of the old Court cell block. The project is supported by a £15 million Scottish Government and £3 million UK Government investment through the Inverness and Highland City Region Deal. It will create a gateway for Highland tourism, contributing to reinvigoration of tourism across the area and providing much needed investment for the industry to aid the recovery from the effects of the Covid -19 pandemic. The project will support economic growth throughout the Highland area, creating a sustainable, viable and “must-see” attraction that will celebrate the spirit of the Highlands.

The £1.6million project to revamp Inverness’ historic Victorian Market is expected to start on site in January next year. A full refurbishment of the indoor market hall and former fish hall will involve an internal strip out, including all existing shop units and services with the installation of new units, public toilets and central seating area.

Allan Maguire currently has his sights set on a key major city centre location namely the former Arnott’s store building and is working through how to keep the narrow Barron Taylor’s Street access open as much as possible when works hopefully start on this site also in January.

Another project officers are working on is the Inverness ‘Bus Link’ which will see the creation of a new bus link through Farraline Park bus station to the Rose Street former foundry site. The Council will let the contracts in January for 6 weeks which will reduce the numbers of buses which have to use Academy street.

‘Brick-by-brick’ is how Allan described the careful works under way at the former Chisholm’s building on Castle Street. This project to save one of the oldest buildings is in Inverness has seen the Highland Housing Alliance acquire the derelict city centre property at 51-53 Castle Street, which will be sympathetically transformed into eight modern flats for rent. On the ground floor, a retail unit will be developed, which will be owned and leased by HHA.  The Castle Street restoration has been made possible by a £1.2 million Scottish Government Partnership Support for Regeneration grant with City Region Deal funds also used.

Councillors were intrigued to hear that following demolition works at 99 Church Street – a former furniture store and charity shop – archaeologists have made significant finds. The development is for 10 high quality affordable rental 1-bedroom flats and a purpose-built ground floor retail unit.

Following demolition, extensive and significant archaeological deposits and features have been found across the site.  These are complex and are still being evaluated but it appears certain that they all date to the medieval period with medieval pottery, jugs and other artefacts being recovered. 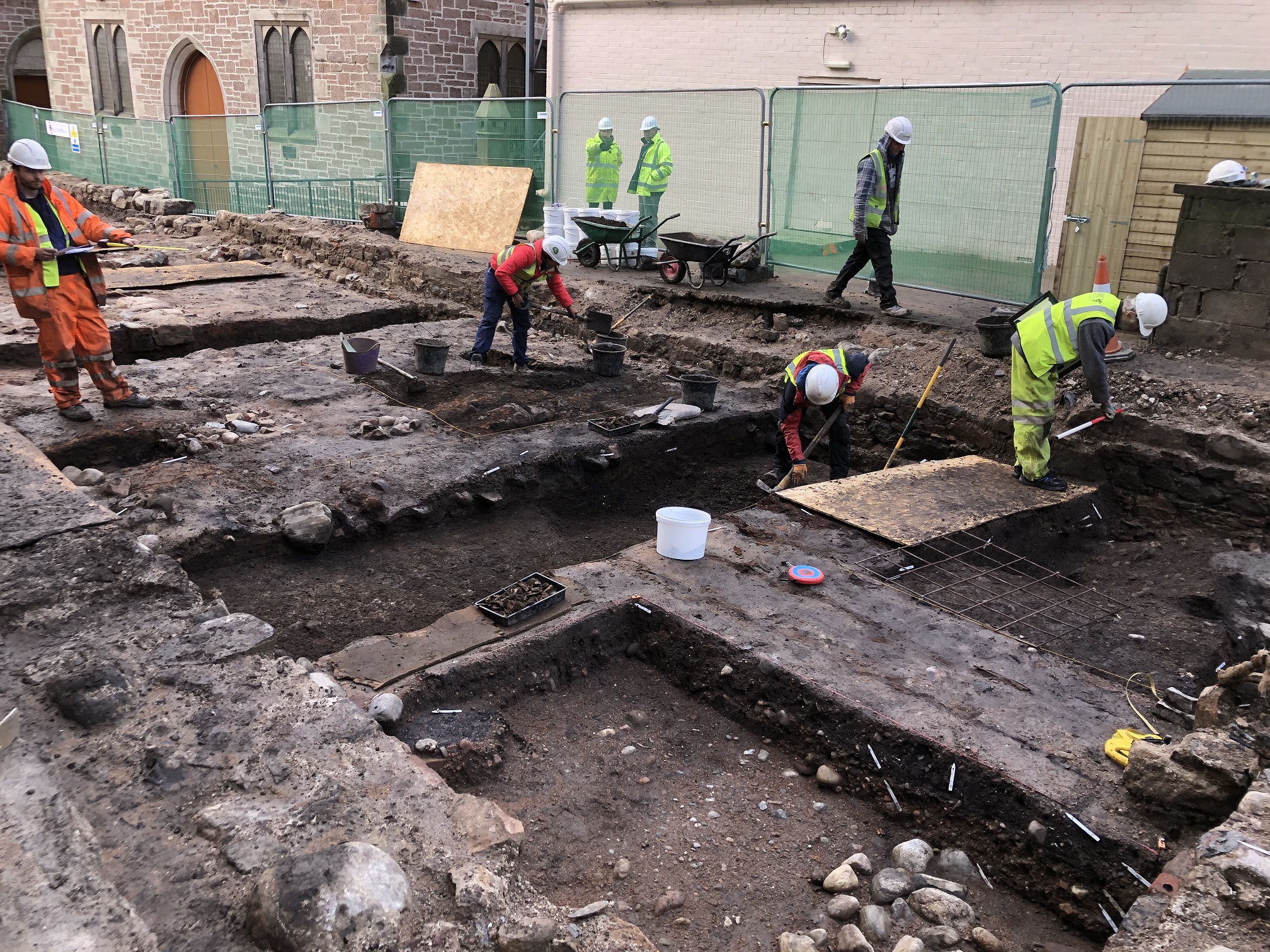 Highland Council Archaeologist Kirsty Cameron said: “This is a very important discovery for the city and once the work on site has been completed all the samples and artefacts recovered are analysed so that a full report on the work can be produced and published - or made widely available online including on the Highland Historic Environment Record website at: https://her.highland.gov.uk/