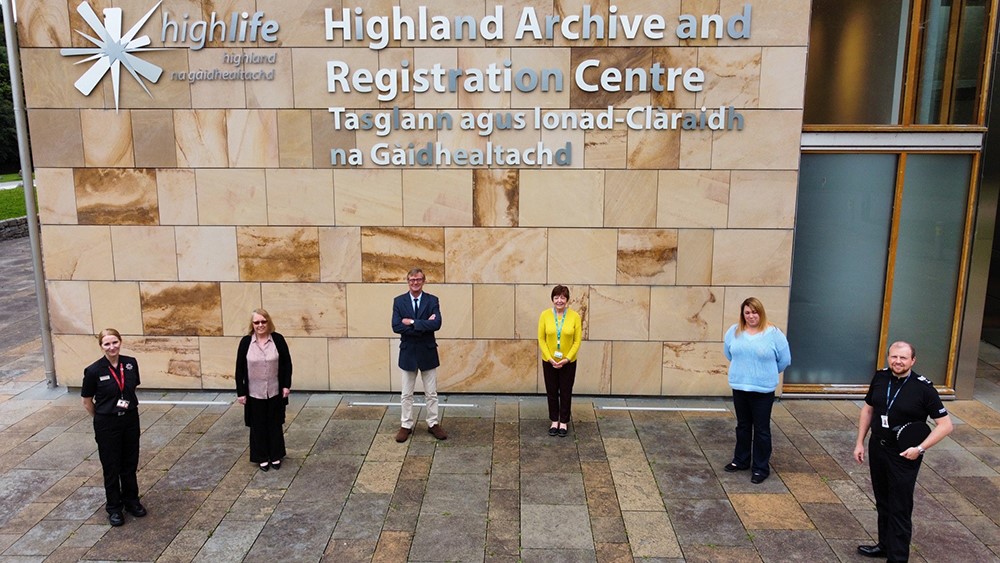 In partnership with the Highland Community Planning Partnership

World Suicide Prevention Day, is an awareness day observed on 10 September every year, as a platform to provide commitment, action and promote preventative measures with the aim to reduce the number of suicides and suicide attempts globally.

Death rates from suicide for both men and women are higher in Highland than the national average. Suicide prevention is vital and through the delivery of the Highland Community Planning Partnership creating hope through action to prevent Suicide in Highland,  is happening in many positive ways.  HCPP launched the - Prevent Suicide Highland App, available on Android and I-Phone and is also delivering Suicide Intervention and Prevention Programme (SIPP) across Highland.

Prevent Suicide Highland App – Aims to help prevent suicide in the north of Scotland. The user can complete a ‘Prevent Suicide’ safety plan with the support of a trained listener. It also includes connections via telephone numbers for local and national suicide prevention helplines which offer support in situations where people feel distressed, suicidal or suspect someone may need support due to suicidal concerns.

HCPP Suicide Intervention and Prevention Programme - The training is in recognition that everyone within our communities can have a role to play in preventing suicide, the SIPP programme of training is aimed at all to enable participants to recognise a person at risk of suicide, to ask about suicide, to display listening and questioning skills, be aware of the impact of attitudes on suicide, and to develop risk management skills to keep a person safe.

The Partnership has a designated Suicide Prevention Group comprised of members of partnership organisations. Here is what they had to say about suicide prevention and the important support work available in Highland.

The Highland Council - Health Safety and Wellbeing Trainer, Jim McCreath said, “As one of the Senior SIPP trainers for the Partnership, removing the stigma around suicide by talking about it can save lives. Delivering SIPP training I experience the difference it makes in people’s ability to recognise someone in distress and at risk of suicide, and in their confidence in asking someone they are worried about if they are having suicidal thoughts. I’d encourage people to sign-up for the SIPP training to allow more people to be skilled across Highland in recognising the signs that someone is at risk and knowing where to direct that person to the professional support that is available.”

NHS Highland - Public Health Intelligence Manager / Senior Epidemiologist, Carolyn Hunter-Rowe said: “New official figures released by the National Records of Scotland that 44 people died by probable suicide in the Highland council area in 2020, compared to 64 people in 2018 and 51 in 2017.  Although this year’s data show a small decrease in deaths by probable suicide, the number of deaths is above the previous five-year average and continues a recent upward trend.  Worryingly, death rates from suicide for both men and women are higher in Highland than the national average.  This emphasises that suicide prevention remains a vital Public

In addition to the local support available, Lifelines Scotland is a national project to support the health and wellbeing of the emergency responder community in Scotland. Whatever your role, whether you’re employed or retired, family member or friend, you can visit the Lifelines website for lots of tips on how to boost your resilience, cope with stress, support each other and where to turn if you need extra help.”

High Life Highland, Adult and Youth Services Officer, Wilma Kelt said: “Recently I delivered SIPP training within the Caithness Pathfinder Project, the participants came from a mix of backgrounds – retired, young parents and volunteers in local groups, all of them had experience of suicide.  They got involved as they wanted to help others through difficult times.  The wealth of lived experience and insight into a local public (and national) issue offered insightful knowledge that can be passed on to others receiving SIPP training across Highland.”

Every 40 seconds someone takes their life; that’s almost 800,000 people a year around the world, with over 75% of suicides occurring in low-and-middle-income countries. Suicide is a global concern and a serious public health issue in every country.

Suicides are preventable and Highland Community Planning Partnership will continue to work collaboratively with communities across Highland.

If you, or someone you know needs support in relation to suicide, you can download the Prevent Suicide Highland App or call Samaritans on 116 123 or Breathing Space on 0800 83 85 87