First digital tool to tackle recycling confusion in the Highlands 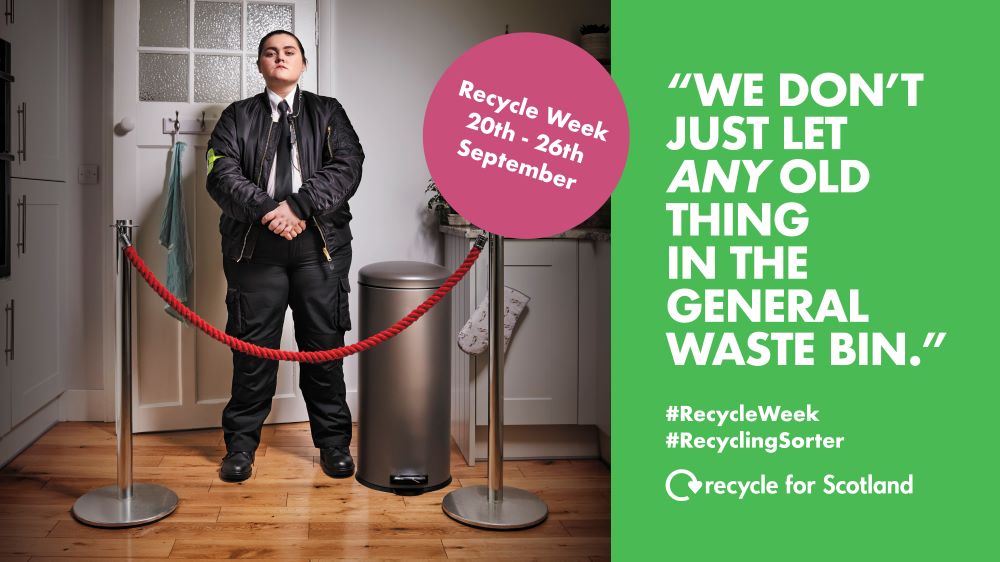 This Recycle Week (20-26 September 2021), Zero Waste Scotland is launching the first ever Recycling Sorter. The digital recycling tool will allow residents to search what items can be recycled, and in which bin, in any Scottish local authority.

Almost half of Scots admit that they could increase the amount of recycling they do, and many suffer from recycling confusion at some point during the process.  This tool will simplify and bring clarity to recycling ensuring that all households in the Highlands are recycling more of the right things in the right places. Sorting the right recyclable items into the right bin means they won’t needlessly end up in landfill.

When it’s done right, recycling is one of the easiest everyday actions we can take to reduce our carbon footprint. With the aim of recycling 70% of Scottish waste by 2025 and the equally ambitious climate change target of Scotland achieving net-zero emissions by 2045, Zero Waste Scotland is urging the public to play their part now.

Research carried out by Zero Waste Scotland has shown that a third of Scots often aren’t sure about which items can and can’t be recycled. The Recycling Sorter is the centrepiece of a new Zero Waste Scotland campaign, launched today, called It’s Time to Get Recycling Sorted, to help increase the nation’s recycling abilities, helping householders in the Highlands know where to go for up-to-date information and to build awareness of how to recycle correctly, including commonly forgotten items such as bathroom products.

Councillor Allan Henderson, The Highland Council’s Chair of the Communities and Place Committee commenting on the tool said: “It’s great to finally have a tool that makes the at-home recycling process easier to navigate. The Recycling Sorter is a fantastic tool and will ensure more people take action this Recycle Week and keep recyclable household items out of the general waste bin.

“We’re encouraging as many people as possible in the Highlands to get involved and make the most of this tool.”

Ray Georgeson, Head of Resource Management, Waste and Recycling at Zero Waste Scotland, said: “We know there’s confusion out there surrounding recycling different materials and products at home. The Recycling Sorter takes people back to basics and cuts through confusion. The user-friendly tool will inform people of what items can and can't be recycled and how to prepare items for recycling – such as wash, squash, sort – and includes hints and tips to make it easier at home.

“The national recycling rate is not going in the right direction fast enough and we need to act now to transform our national recycling performance. Research carried out by Zero Waste Scotland revealed that nearly half the population could definitely increase the amount of recycling they do.

Playing on the fact that Scots can enjoy night life once again, the supporting creative campaign assets feature a security doorwoman guarding the residual waste bin with a cornered off rope barrier. When the householder approaches the bin with an item that could be recycled – they are informed of the no entry policy and told ‘no the night pal’.

If you’re not sure what to recycle in your area visit Zero Waste Scotland’s Recycling Sorter for all the information you need.