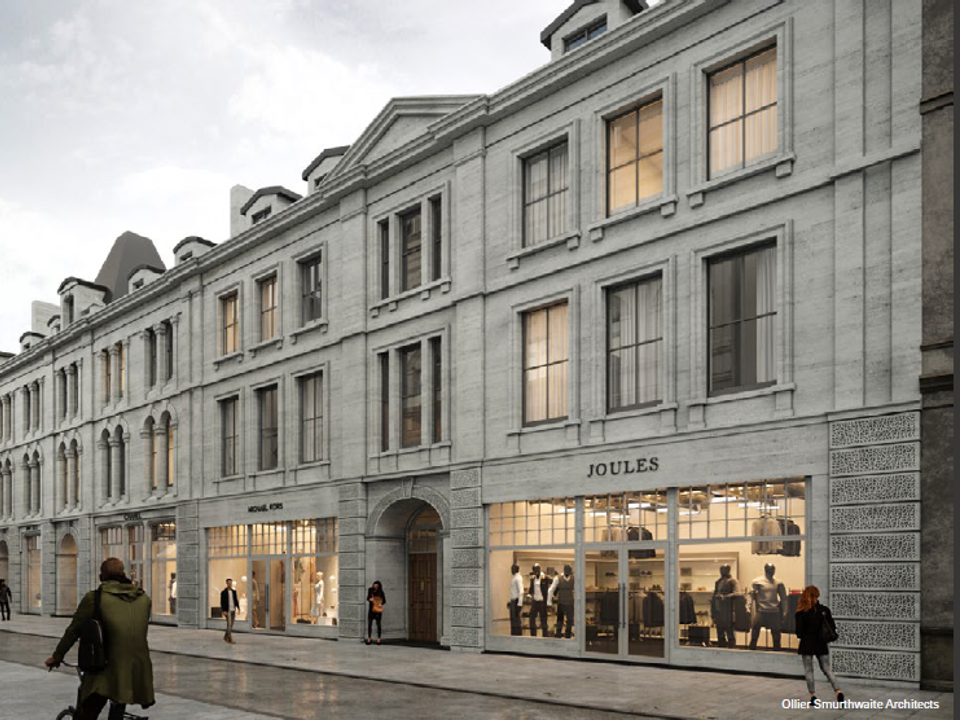 Part of the Draft Inverness City Centre Masterplan discussed last week during the City of Inverness Area Committee highlights the provision of more quality homes within the city centre. Two key projects are currently underway which, when completed, will provide 61 homes for rent as well as creating new business units.

Over the last few months significant progress has been achieved on the development of the former Arnotts store on Union Street by HHA and The Highland Council.

The newbuild section has been erected on Baron Taylor’s Street and fit out of the original Arnotts building is well underway. The layouts of the 53 flats are becoming visible as the internal walls are installed and the whole building will be wind and watertight over the next two months.

Funding has come from the Scottish Government, the Highland Council, and the Inverness and Highland City-Region Deal with borrowing supported by rental income.

HHA and the Council, along with the contractor are working hard to complete the project in late summer 2022, dealing with challenging conditions associated to the refurbishment of an old building in the City Centre.

The development also includes 6 new retail units – 4 on Union Street and a further 2 fronting on to Barron Taylor’s Street. These are being developed and funded by Forthpoint Ltd.

The transformation of the former Chisholms shop on Castle Street into 8 flats for  HHA is also progressing well. The funding package for this development has also come from the Scottish Government, Highland Council, Inverness and Highland City-Region Deal and borrowing supported by rental income. Included in the development will be one retail unit fronting Castle Street.

Operating within a tight site area, below Inverness Castle, the works include rebuilding the stone façade with the original stone and bringing back into use a building which had stood vacant for some time. Despite this the contractor, Compass Building and Construction Services Ltd, have achieved key development milestones and the project is on track to complete next summer.

Chair of the Council’s Environment and Infrastructure Committee, Cllr Trish Robertson said: “Both housing developments are going to be of a very high quality and will provide much needed homes into the heart of the city. Importantly they are also bringing new life into two iconic buildings that we would have felt sad to lose. The new retail units included will also contribute to the regeneration of the City Centre as a retail destination.

It’s great to hear good progress is being made and I am really looking forward to seeing the finished flats next year.”

Gail Matheson, Chief Executive of HHA said: “We are delighted to have been able to preserve a part of Castle Street and bring back into use a building which had lain vacant and derelict.  Working within the City Centre is challenging, but we believe that the finished building will be a great asset to Castle Street and the city centre.  It has been exciting to be part of the Union Street project and seeing new homes being created from the empty shop space.  We will be advertising the apartments for both Castle Street and Union Street in 2022 on our social media pages and expect there to be huge demand for both.”