Highland Council Leader Cllr Raymond Bremner believes the region has the potential to be a green energy powerhouse for Europe.

The newly elected Council Leader said that estimates suggest that Highland has the potential to generate a third of Europe’s energy demand.

Cllr Bremner also welcomed recognition by the Scottish Government that the region has a key role to play in a sustainable transition to green energy for both Scotland and the UK.

He said: “I am hopeful that, with the right support and promise of investment, we can not only match the ambition shown for Highland, but maybe exceed all expectations in our impact we can have both nationally and within the Global Energy Economy.

“According to estimates the Highland has the potential to generate a third of Europe’s energy demand, which could cement Highland’s potential to become a powerhouse for Europe.”

The Highland Council serves a third of the land area of Scotland. The region has nearly 5,000km of coastline and over 100 harbours. It has a rich and diverse landscape, the tallest mountains, the deepest lochs, plenty of wind and strategic national assets in the deep sheltered waters of our key ports – such as the Cromarty Firth and Kishorn.

Cllr Bremner also spoke about why Highland’s potential is so important, saying: “We offer opportunity for a diverse mix of renewable energies. As a region we are well placed for the development of both tidal along the North Coast of Caithness to wave generation off the west coast of Skye. Both technologies have a significant role to play within the Highlands, yet our potential is so much more.”

He added: “Since the post war developments, this region has been significant producer of green energy from Hydro with major developments like Loch Shin in Sutherland and Glen Affric near Loch Ness.

“More recently our own Ness Hydro project has demonstrated there are still numerous opportunities for production at various scales across the region. If you add solar into the mix, and yes, we have significant potential in that too.  You start to understand the wealth of opportunity our region can provide in the generation of clean electricity.”

The Leader said it was important to couple Highland’s potential for electricity generation with another natural resource the area has in abundance – water.

He said: “We have all the ingredients for the production of green hydrogen at scale and Highland can establish itself as a major contributor in a truly diverse and world leading mix of renewable energy production.”

He said: “Creating career paths and opportunities around a sustainable industry which provides social and economic benefits and an interaction and development around the climate agenda.

“This will allow for the development of a highly skilled workforce able to live and work within their own communities for generations to come.”

A successful development of industry within the energy sector will require the region to attract and support a sizeable addition to the local workforce.

The Leader said: “In order to successfully integrate a new workforce into Highland, we must invest in the social and community infrastructure. We need to focus on healthy, energy efficient, and affordable homes, support active and public transport networks, continue to provide good local schools, as well as opportunities for further education and apprenticeships.” 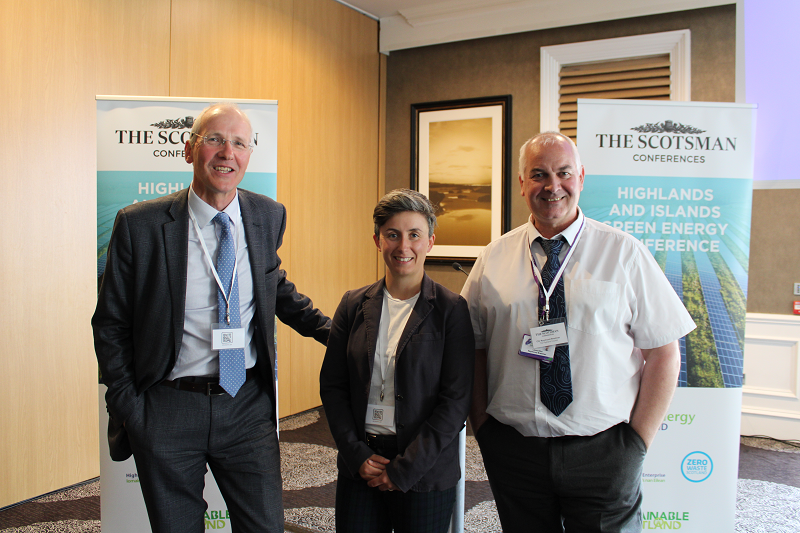 This article was published
8 Jun 2022