Inverness Provost Alex Graham has recently represented Inverness and the Highlands at commemorative ceremonies for the 75th anniversary of the battle of June 1940 in Saint Valery-en-Caux, in which large numbers of Highland soldiers took part. 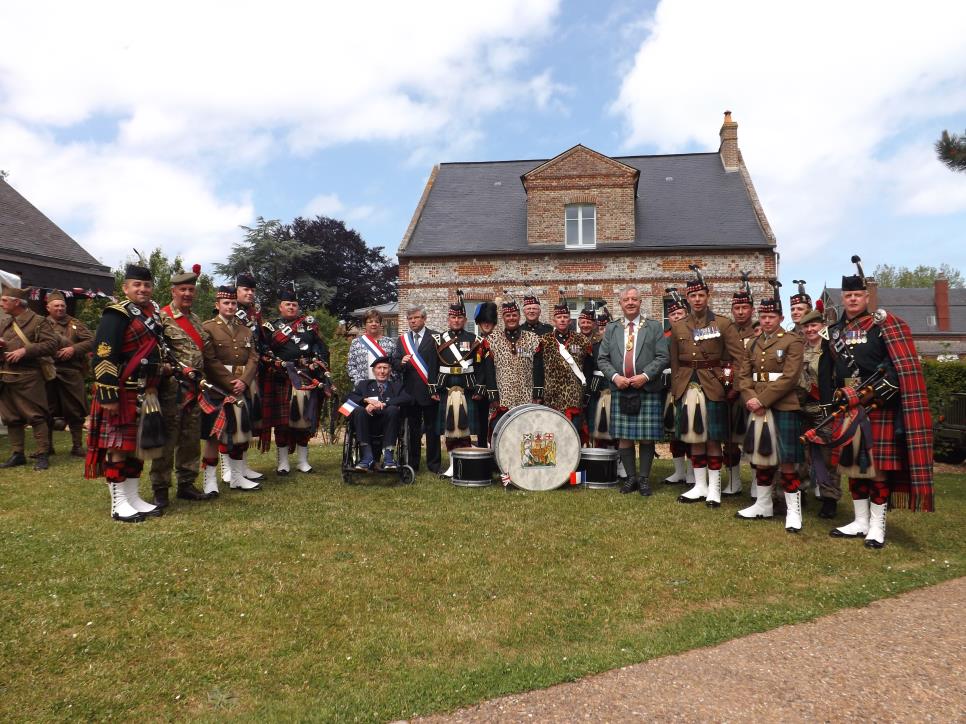 Provost Graham said “It was an honour and a privilege to be present in St Valery-en-Caux at this important series of commemorations, and to take part in events at French memorials as well as those for fallen British soldiers.

“The people of St Valery-en-Caux still hold dear the memory of the British soldiers, and especially those of the Scottish 51st Division, who fought on their side in 1940 and four years later took part in the liberation of the town after the D-Day landings.

“The ceremonies, which took place over 3 days in St Valery-en-Caux and its neighbouring communities, were extremely moving.

“We were warmly welcomed by Deputée-Maire Dominque Chauvel, as well by her colleagues and the local people. She is Mayor of St Valery-en-Caux and also the Representative in the National Assembly of France for the constituency which includes the town.”

Inverness has a friendship of long standing with St Valery. Many Invernessians served in the 51st Highland Division, which was instrumental in the liberation of St Valery-en-Caux in 1944 along with the other allied forces.

The twinning of Inverness and St Valery-en-Caux was formally agreed in 1987. Since then there have been many exchanges between the two locations, including an 830-mile Millennium Cycle Relay from Inverness to St Valery-en-Caux in 2000 and a visit by former Provost Jimmy Gray who attended the 70th anniversary commemorations in 2010.

Provost Graham added:  “It was particularly heartening that a number of Inverness residents had made their own way to St Valery-en-Caux and were present, as well as soldiers and the pipe band from 7 SCOTS the local Army Reserve Unit.

The Chair and Secretary Of Inverness Town Twinning Committee had useful meetings with their counterparts from the St Valery-en-Caux Jumelage and have begun to make plans for future visits and exchanges between the communities to build on and strengthen the historic bonds that exist.

Mr David Henderson, Chairman of the Inverness Town Twinning Committee, said: “We found the visit very useful and will be actively discussing how to build on the strong relationship that exists between our communities. We hope it will be possible for a delegation from St Valery-en-Caux to come to Inverness soon, and we are also investigating how new links between schools can be built up.”