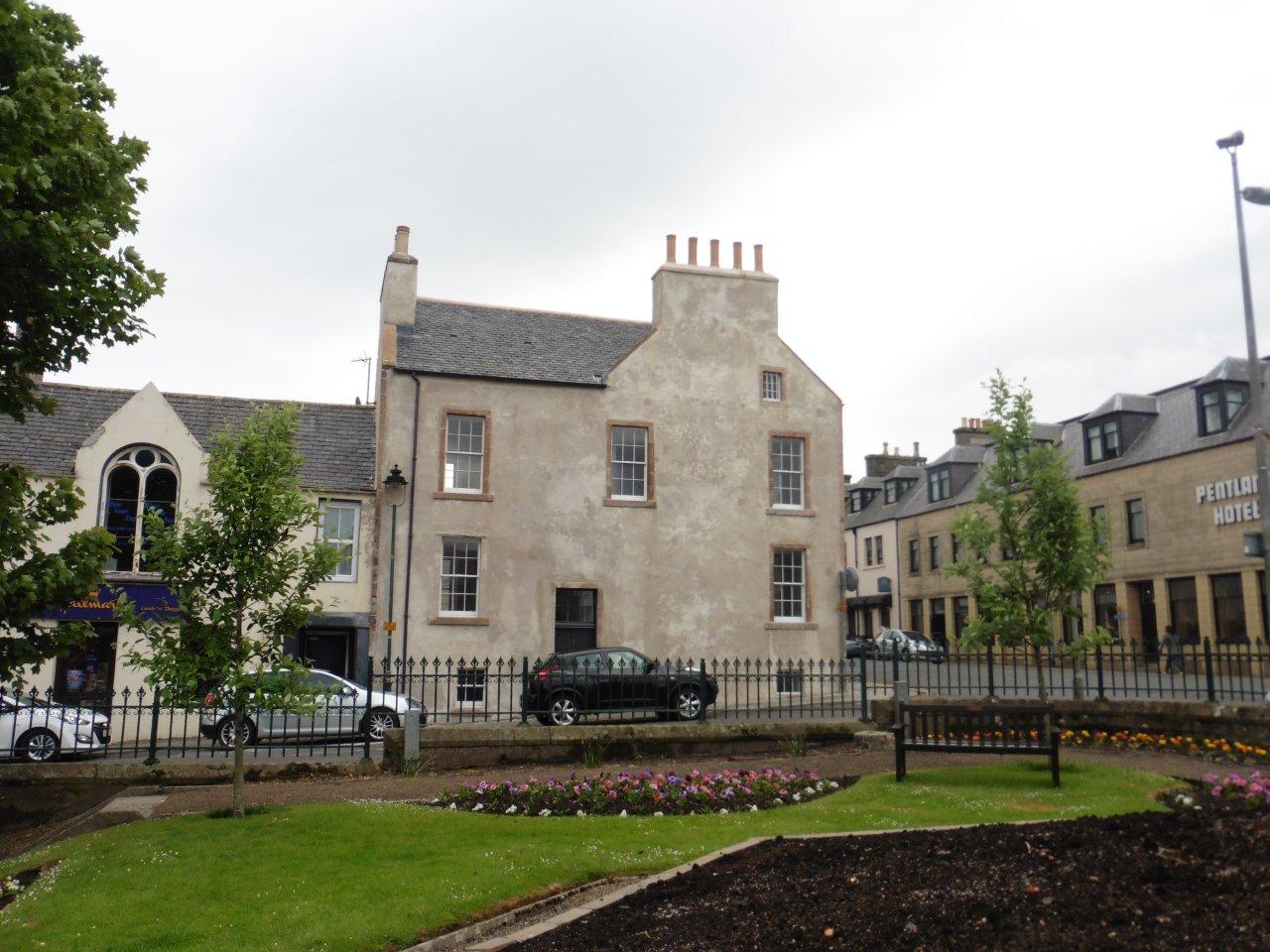 The Highland Council is to throw open the doors of 30 Princes Street in Thurso on Saturday 16th July to give members of the public, councillors and community councillors the chance to see how it has restored and brought back into use this iconic Category B listed building which sits a prime position within the conservation area of the town.

Originally constructed in the early 1800s, over a period of time, lack of maintenance led to the demolition of the chimney head and the rear stair tower. The building became an eyesore and in order to save it, The Highland Council acquired the building by Compulsory Purchase.

Renovation works started in May last year and now the property has been transformed into three, one bedroom flats.  During the works, where possible, the original features of the building were repaired and preserved. These include repairs to sash and case windows, the original timber doors, skirtings and facings, the ornate plaster cornices and the original roofing slates had been removed are now replaced. Stone repairs have included rebuilding the original window openings at the shopfront and rebuilding the gable chimneyhead. The external walls have been lime rendered in keeping with how the building would have been rendered from early in its history.

This intervention by the Council has saved the building for the foreseeable future and it will now provide useful accommodation in the centre of the town.

Chair of the Caithness Committee, Councillor Roger Saxon said: “This building has been a cause celebre with the Thurso community because of its prominent position at the corner of Sir John’s Square and Princes Street, the town’s square.  It’s kept the local paper’s columns and letters pages filled for over a decade.

“After years of legal argument, a compulsory purchase order and a public local enquiry, the council gained control of the property.  Along the way, the council had to act to make the building safe and preserve its structure.  This was a long and frustrating process for all concerned but we persevered.  There were even calls for it to be demolished, but as we saw with the Miller library building, Thurso is proud of its built heritage and will work hard to preserve our important buildings for future generations.  We congratulate the many council officials involved in planning, conservation, legal etc, also Historic Scotland for their work and advice.

So now we have a restored, 200 year old B-listed building which will shortly be occupied – it’s already on the councils ‘choice-based lettings’ web page at a very reasonable rent.  This will provide three much needed flats in central Thurso.

“We very much hope the public will come along to see how the building has been sensitively restored to use.”

The main contractors for the works have been the Laing Traditional Masonry Group Ltd who specialise in works to historic buildings and O’Brien Construction.