The construction contract was part of an overall capital investment programme in conjunction with the Scottish Government including the formation of a new access road to the school, and refurbishment of the former Elgin Hostel building to create a new pupil residence for Portree High. 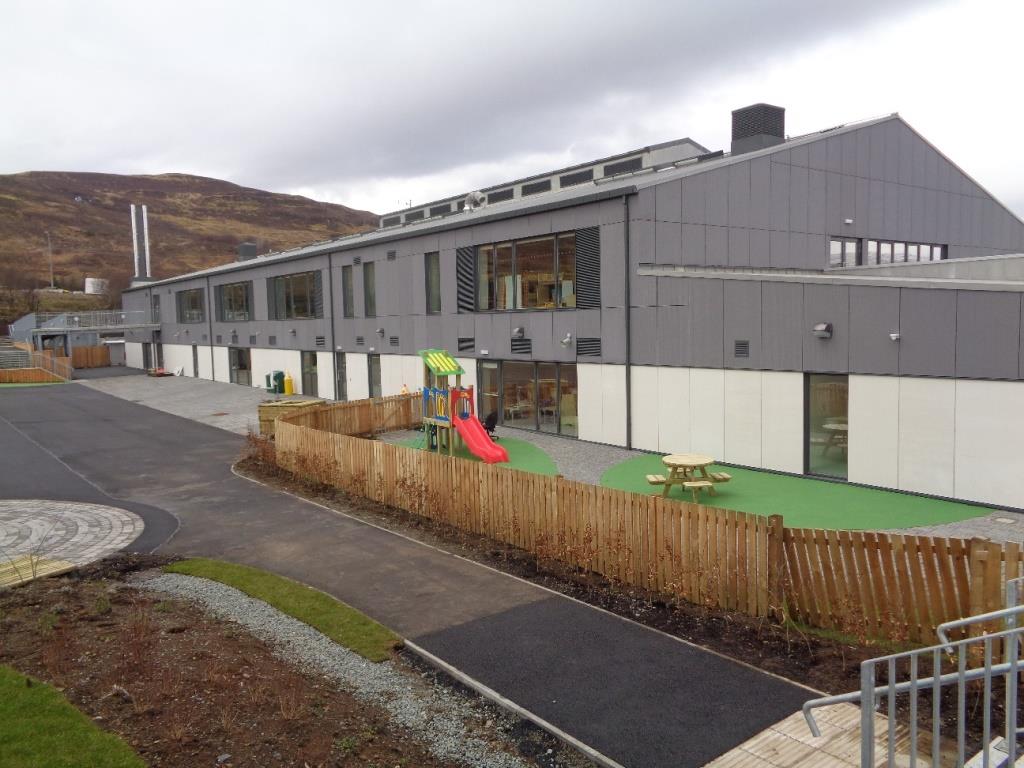 Councillor Andrew Baxter Chair of Highland Council’s Care, Learning and Housing Committee said: “This is a historic day for the development of the Gaelic language in the Highlands and the Gaelic heartland of Skye. Comann nam Pàrant Port Rìgh who campaigned long for a Gaelic school can be very proud of this momentous achievement as Highland Council is also.”

One hundred and thirty Primary pupils started the new term at Portree Gaelic School and 40 children are attending nursery. 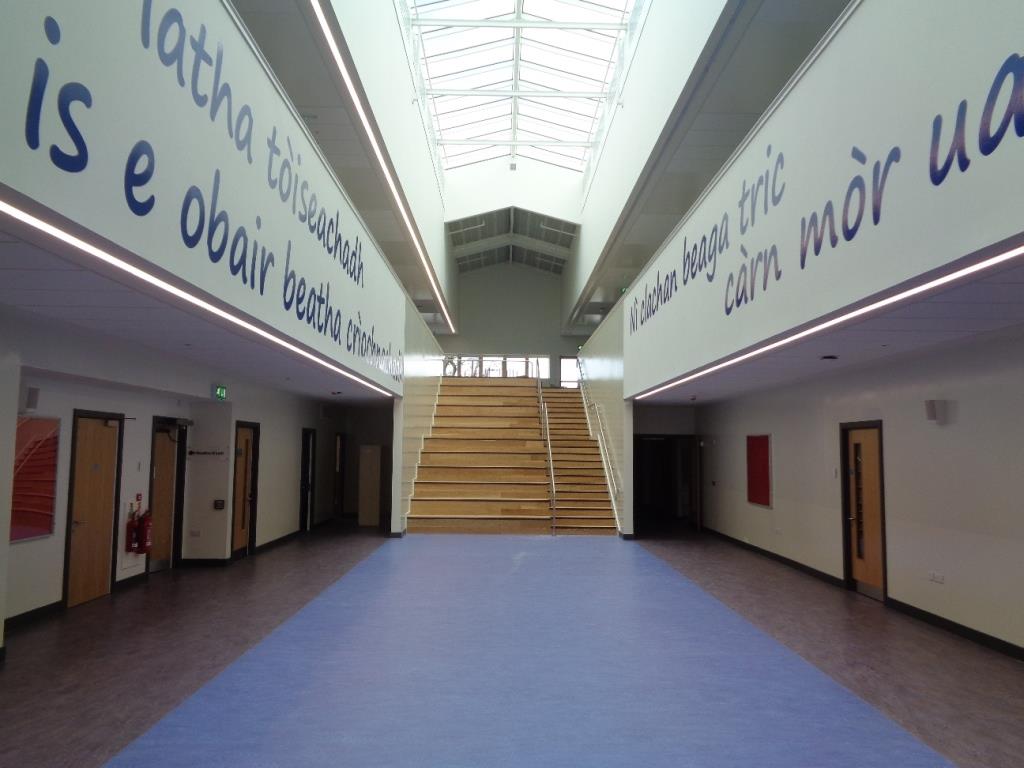